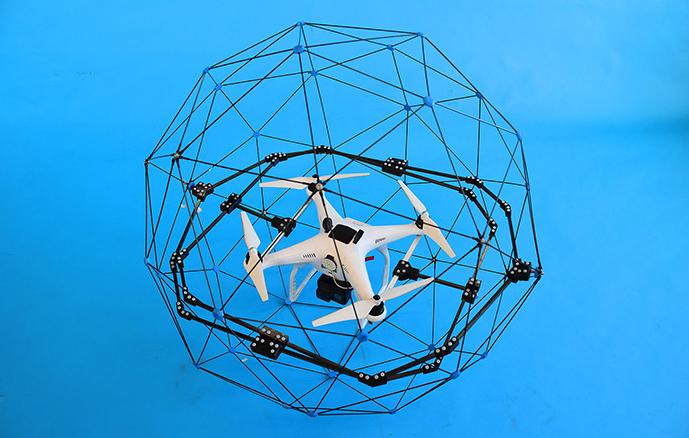 Basic technology verification tests were conducted using a prototype device, and were completed last year. MHPS’ production of the device and practical application is planned for fiscal 2020.

The aim is to facilitate shorter downtimes of facilities, longer periods between regular inspections, and a quick and appropriate response to emergencies.

Manually operated UAVs used to inspect the inside of power plant boilers and other structures, will use MHPS’ collision and environment resistant technologies, and have been under development since fiscal 2016.

The test demonstration in December of 2018 was conducted with the support of Mitsubishi Heavy Industry’s Research & Innovation Center, and the use of actual test facilities and boilers.

Autonomous UAVs purposed for inspections, have been jointly developed by MHPS and A.L.I. Technologies since fiscal 2017, using multiple test boilers and mockups of actual boiler environments.

Basic technology verification tests conducted in September of 2018 confirmed the capability for autonomous flight without using GPS or other satellite positioning systems.