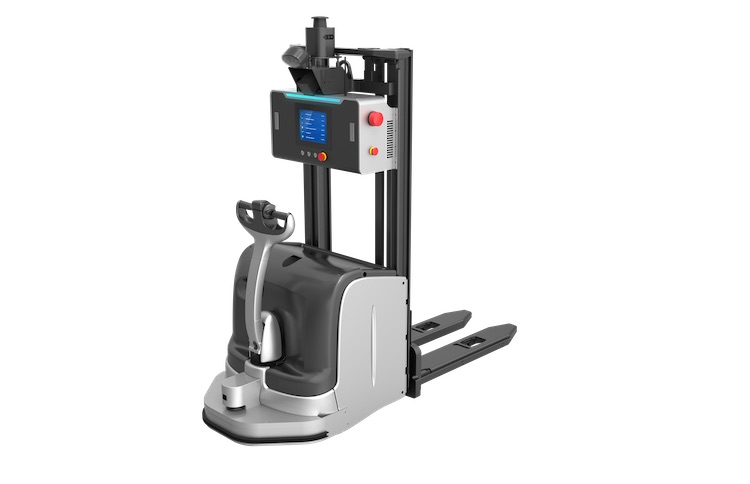 Geek Plus Robotics will be showcasing its latest and most advanced warehousing robotic solutions at ProMat 2019, the largest supply-chain trade show in the Americas, at Booth N6327, in Chicago, from April 8th to 11th.

New products include the C200 Bin-Carrying Robot Shuttle System, an Autonomous Forklift, and the OpenBox System, a platform to build and manage flexible moving lines in manufacturing and fully autonomous navigation in material handling.

Geek Plus will also demonstrate its M100 moving system and its wide range of cutting-edge technologies and AI-smart material handling robots for bins, pallets, boxes or single pieces – from goods receipt, unloading and storage, to picking, packing and order shipment.

The Geek Moving System is perfect for various scenarios in manufacturing such as raw materials receiving and transfer, picking, loading and production line interface.

The new Geek C200 Robot Shuttle System is an innovative and productive tool to identify and pick standard-sized bins and carry them to workstations for picking and packing.

It is suitable for multi-SKU storage and picking applications and is designed to operate on single layer rack and multi-layer mezzanine racks, fits within existing warehouses, and is easy to adapt to changes in workload by adding and removing robots.

Carton or shoe boxes can also be picked by the C200 with single box weights up to 40 Kg. Geek+ also offers a powerful robot management system which the company independently developed for each solution.

Another innovative new product is the Geek Autonomous Forklift. This new forklift realizes self-driving through SLAM navigation and is capable of automated storage and retrieval.

Its sensors can detect the measurement and position of the goods on the shelves, pinpoint the pallet slots accurately and carry the goods to the appointed area under the instruction from the scheduling system – also developed by Geek Plus Robotics.

In order to help factories and warehouses automate their lines, material handling and picking processes, Geek Plus has developed a comprehensive software platform called OpenBox.

The OpenBox system can be combined with a variety of robots and top modules to meet the diverse handling scenarios of different users.