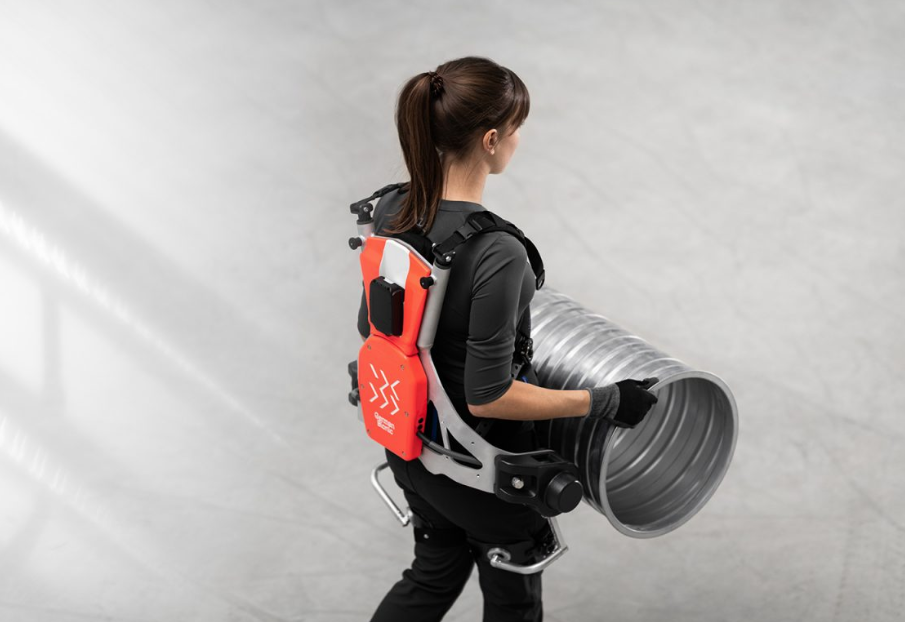 Robotics specialist German Bionic is to present the first connected robot exoskeleton for use with the industrial internet of things, at the Hannover Messe industrial technology show.

Besides cloud services such as wireless software updates – over the air – and predictive maintenance, German Bionic IO facilitates the continuous optimization of the intelligent control system through machine learning and lays the data-scientific foundation for the next development stages of bionics.

“In addition to seamless integration with the Smart Factory and the availability of all relevant cloud services, German Bionic IO delivers the data-scientific basis for AI applications and the next level of bionics – always with the goal of improving user health and work productivity.”

Alongside wireless software updates and preventative maintenance, the system provides constantly updated system KPIs that can be accessed in individually configurable dashboards.

Specific user needs, such as identification management or localization, are supported by German Bionic IO apps.

Professor Herbert Schuster, member of the scientific advisory board of the Association of the Exoskeleton Industry, says: “The development of the German Bionic IO platform was overseen by an interdisciplinary scientific team and implemented by international IoT experts.

“In addition to the further development of Cray X, the next step will be to invite independent research institutes to conduct their own research projects on the platform using the available aggregated data in order to lay the scientific foundations for the next development stages of bionics.”

The third generation of the German Bionic Cray X, the first robot exoskeleton developed and produced in Europe, impresses at first sight with its extraordinary ergonomic industrial design.

Alongside a new height-adjustable carrying system and the minimized carbon cladding, the integrated display unit is particularly striking.

It allows the user to make adjustments to levels of support assistance, sensitivity and response time – directly on the device.

It also represents the interactive interface between the user and smart factory environments.

German Bionic will be represented with its own stand in Hall 17 / Booth F04 at Hannover Messe, taking place April 1-5, 2019. Individual product demonstrations can be arranged on location, upon prior request.