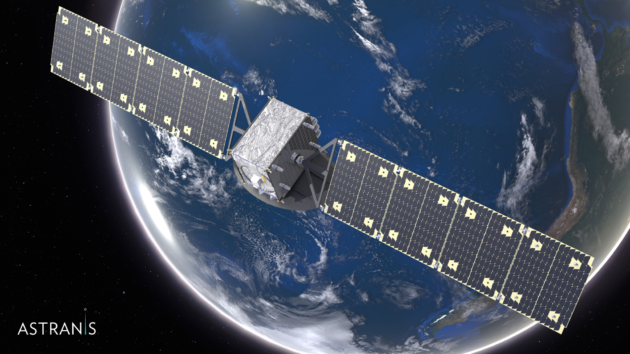 Over half of the world doesn’t have access to the internet – and satellites are expected to play a major role in solving that problem.

Astranis is building satellites that are capable of delivering broadband internet services to individuals around the globe.

It targets areas where, due to the high cost of building the infrastructure, broadband internet isn’t widely available or is completely unavailable.

Astranis is using VxWorks to run the main flight computer that controls the avionics in guiding the satellite and keeping it in communication with Earth.

Astranis recently announced that its first satellite will be going over Alaska, in partnership with Alaska-based internet provider Pacific Dataport.

John Gedmark, Astranis CEO and co-founder, says: “We are very excited to be working with Wind River on our first satellite.

“Wind River’s proven success in space and their long-standing relationship with NASA and others in the space industry gives us confidence that they are the right partner to bring our vision to life.”

Ray Petty, vice president of aerospace and defense at Wind River, says: “Wind River has decades of leadership in space, and we are thrilled that Astranis selected Wind River software to power its ground-breaking technology that will bring the unconnected world online.

“It is gratifying to serve as a core innovation enabler, helping companies like Astranis accelerate development, reduce costs, and ultimately bring game-changing technology to the market.”

Wind River’s comprehensive software portfolio for the edge supports a diverse range of customer journeys in aerospace and defense, from design to development to deployment, with technologies that span across real-time operating systems, open-source-based platforms, system simulation and virtualization.

In addition to its VxWorks for safety- and security-critical environments, the company offers Wind River Linux and other commercial-grade open source technologies for general purpose functions.

The recently launched Wind River Helix Virtualization Platform is for consolidating multiple federated systems with both safety-critical and general purpose applications onto a single compute platform.

And for system simulation enabling unmodified target software to run on a virtual platform the same way it does on physical hardware, the company offers Wind River Simics.