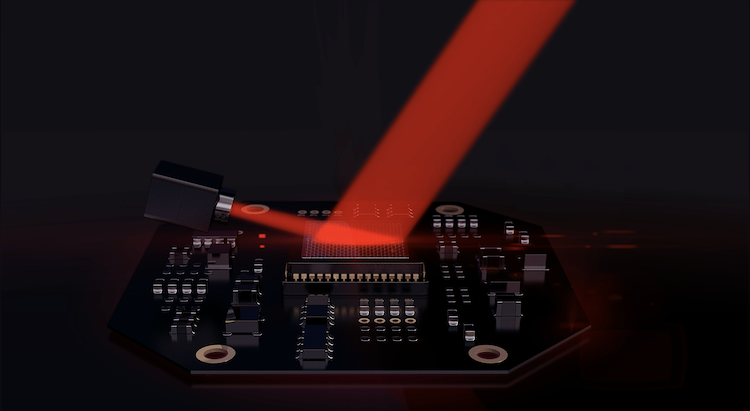 Lumotive, the Bill Gates-funded startup developing LiDAR systems for autonomous vehicles, has launched a beam-steering technology which it claims will “significantly improve” the performance, reliability and cost of LiDAR systems for the emerging self-driving car industry.

“Our LiDAR sensors benefit tremendously from the unique attributes of beam-steering LCMs which simultaneously offer large optical aperture, wide field-of-view and fast scanning while having no moving parts.

“LCMs deliver the combination of performance and commercial viability that will finally eliminate barriers to adoption of LiDAR for both ADAS and autonomous vehicles.”

Why LiDAR, or lidar?

LiDAR – short for “light detection and ranging” sensor – has emerged as a key 3D sensing technology by enabling autonomous driving systems as well as advanced driver assistance systems, such as systems for lane keeping, automatic braking and collision avoidance.

LiDAR systems determine range by emitting laser light pulses and measuring the round-trip flight time for those pulses to travel to and reflect back from objects.

A LiDAR system creates a 3D perceptual map, or “point cloud” of its surroundings by scanning, or “beam steering”, laser pulses across its two-dimensional field-of-view, with the third dimension derived from the distance measured to an object at a given horizontal and vertical position.

LiDAR has proven critical for autonomous vehicles because the technology can accurately locate objects to within a few inches at ranges of hundreds of yards.

Current LiDAR systems rely on mechanical scanning, which suffers from poor reliability, cost and form factor and, most importantly, limits the performance of existing systems.

In contrast, Lumotive’s revolutionary beam steering technology uses LCMs – semiconductor chips that steer laser pulses based on the light-bending principles of metamaterials, and a first for LiDAR.

Lumotive’s LCMs have large apertures to improve LiDAR perception while benefiting from the economics of semiconductor manufacturing to enable low-cost systems.

Initial production units will be available to select customers for beta testing in the third quarter of 2019.

However, both of these recent approaches lack performance due to the small optical aperture of MEMS mirrors and the low efficiency of phased arrays.

David Smith, the James B. Duke Distinguished professor of electrical and computer engineering at Duke University and a pioneer in metamaterials research, says: “Lumotive’s beam steering technology is the culmination of years of fundamental research into controlling electromagnetic waves using artificially-structured metasurfaces.

“In the past, these concepts have been applied to radio waves, but Lumotive is the first to develop dynamically tunable metamaterials for optics.

“Their development is a tremendous advance in metamaterials research, as well as a breakthrough technology that addresses pressing and unmet needs in LiDAR and other optical systems.”

In addition to cost and performance advantages, Lumotive LCMs can be integrated into small-form-factor systems, appealing for other applications in industrial and consumer sectors which can benefit from LiDAR.

Gleb Akselrod, CTO and co-founder of Lumotive, says: “The LCM chip is the holy grail of LiDAR, finally enabling beam steering using a semiconductor chip but efficiently and over a large optical aperture that’s hundreds of times larger than a MEMS mirror or an optical phased array.

“Our large aperture is like having a bigger telescope, allowing us to see dramatically farther than other systems.”

Although LiDAR systems will be broadly deployed to enhance perception in diverse markets, including for robots, drones and industrial automation, most observers see LiDAR’s largest near-term application in automotive markets where the technology will enable ADAS as well as fully autonomous driving systems that will first be deployed by self-driving taxi services, commonly called robo-taxis, like those under development by Argo AI, Aurora, May Mobility, Uber and Google’s Waymo subsidiary.

“At Yole, we estimate the compound annual growth rate will reach almost 45 percent during this period.

“We expect strong growth of LiDAR within the transportation segment for both robotic vehicles and ADAS applications. A Gates-funded startup like Lumotive, with unique metamaterials-based technology, is well positioned to serve this growing market.”