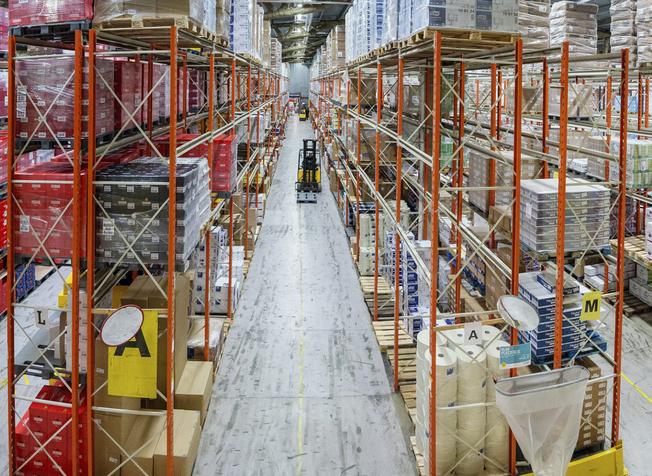 At Eidsnes, Norway, a robot is being developed that will pick inventory goods.

“We are making robots for the grocery industry. We have created a prototype that we have started testing at H.I. Giørtz,” says Torbjørn Vestnes Krogen.

Torbjørn is the general manager of start-up company Currence Robotics AS, which is one of two companies in Møre og Romsdal that receives money from the Norwegian Research Council for companies that run research-based innovation.

It has been awarded NOK 16 million over four years to produce robots at Eidsnes. Sintef Manufacturing is the main R&D partner and wrote the application together with Currence Robotics.

He got the idea while he was still the logistics manager at the goods wholesaler H.I. Giørtz. He knows the grocery industry in and out, and the need to automate existing warehouses.

When he was looking for possible automation solutions, there were no suppliers who could offer it. He contacted the SINTEF environment in Trondheim. After that, the company grew from one to ten employees: four in Trondheim and six in the Ålesund region.

Currence Robotics has H.I. Giørtz as a customer. Giørtz is the grocery wholesaler partly owned by NorgesGruppen, and with a turnover of NOK 3.5 billion. The company supplies goods from the Romsdalsfjord in the north to Nordfjord in the south.

“Last year, 12 million packages were handled by people. There are parts of this they want to pick from the rack to the pallet using robots. Robots can do a part of the job that today is performed by many people,” Vestnes Krogen points out.

“It is very complicated to develop a new robot, many factors must be in place,” says Olivier Roulet-Dubonnet, responsible for product development. “So far we have created a prototype: a specially designed picking robot with 3D camera and other sensors, to locate goods mounted on a standard industrial, self-propelled platform with indoor positioning.”

Further research will strengthen the robot’s ability to locate, seize and stack the goods. This requires both a lot of software development and mechanical design.

Through a number of previous projects, Sintef Manufacturing has worked on robotics within the manufacturing industry, including in the field of track planning based on sensor data, real-time control of robots, analysis of sensor data and gripper solutions.

The institute will contribute with expertise in these areas, as well as necessary laboratory facilities for carrying out synthetic trials.