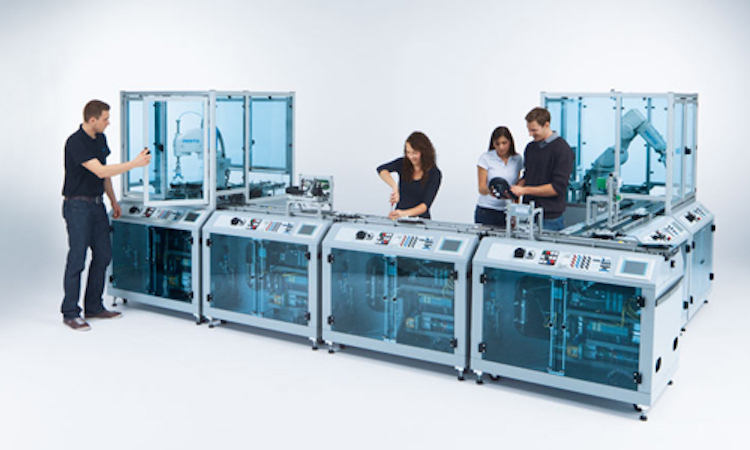 This year’s Hannover Messe will feature a showcase on modular production.

For the third year running, manufacturers, users and module providers will demonstrate the ability of interface standardization to significantly increase production plant flexibility in process manufacturing.

The key is to have end-to-end modularization and make greater use of intelligent, decentralized automation, say the experts.

Modular production technology is now sufficiently mature to be released onto the market.

Visitors at Hannover Messe 2019 will be able to witness this for themselves at the “Process Industry 4.0: The Age of Modular Production” showcase in Hall 11.

The showcase will feature exhibits and live demonstrations that highlight a particularly fast and efficient way of engineering modules (encapsulated, self-contained production units with their own automation and control intelligence) based on MTP (Module Type Package), a standardized “language” that provides a digital description of the individual modules.

With MTP, process manufacturers can integrate modules of any make via orchestration systems to create highly flexible, modular production plants.

Axel Haller, from ABB, and chair of the ZVEI Modular Automation working group, says: “This makes it possible to build and reconfigure process plants very quickly, as and when required.

“This gives companies the flexibility to respond to changing market requirements while significantly reducing the engineering overhead involved.”

Other showcase participants include universities, such as TU Dresden and Helmut-Schmidt University, Hamburg, and numerous process technology users, such as BASF, Bayer, CHT, Clariant, Covestro, Evonik, Invite, Lanxess and Merck, all from the chemicals and/or pharmaceuticals industries.

System integrators, such as SpiraTech, and module manufacturers, such as Seepex, Peter Huber Kältemaschinenbau and GEA, will also be taking part at the showcase.

Namur – User Association of Automation Technology in Process Industries –
MTP facilitates the integration of modular process units into higher-level control systems by encapsulating complexity, thereby making it easier to deal with, and by increasing flexibility without pushing up overheads.

Namur CEO Heinrich Engelhard says: “Namur has absolutely no doubt that this approach will transform the world of automation.”

Namur spearheads a number of working groups that are developing MTP-based approaches to modular production. At Hannover Messe, these groups, made up of automation technology providers and users, will report on the current status of their development work.

They have already conducted some initial pilot projects which demonstrate to impressive effect the benefits of this modular production approach in terms of reducing engineering overhead and boosting ease and flexibility of modification.

Wolfgang Dedden, co-chair of the ISPE Plug & Produce working group, says: “The main challenge is to ensure that validated quality-relevant process data is made available for digitized documentation processes and archived for future audits.

“By collaborating with Namur, we aim to ensure that new approaches, such as MTP and NOA, are available to pharmaceuticals manufacturers in usable form right from the outset, so that we can achieve security of investment for both module suppliers and module operators.”

Dr Frank Stenger, chair of the Modular Plants working group at ProcessNet, says: “With components for modular automation now available on the market, it is now possible to realize the first modular production plants in chemicals and pharmaceuticals process manufacturing.

“We urgently need modular production, so that we can respond quickly and flexibly to market requirements.”

Modular plant designs and associated automation and process control strategies are a key focus of the process engineering community at ProcessNet.

By combining and interconnecting modular production units via MPT, it is now possible to design, configure and modify production plants much faster and more simply than has previously been the case.

Richard Clemens, CEO of the Process Plant and Equipment Association within the VDMA, says: “This opens up a wealth of new possibilities for equipment manufacturers.”

For plant manufacturers, this trend from stand-alone items of equipment towards integrated systems is not fundamentally new.

But the methodology is new.

Standardization of interfaces between production modules promises to greatly simplify business processes in industry and open up new areas of business.