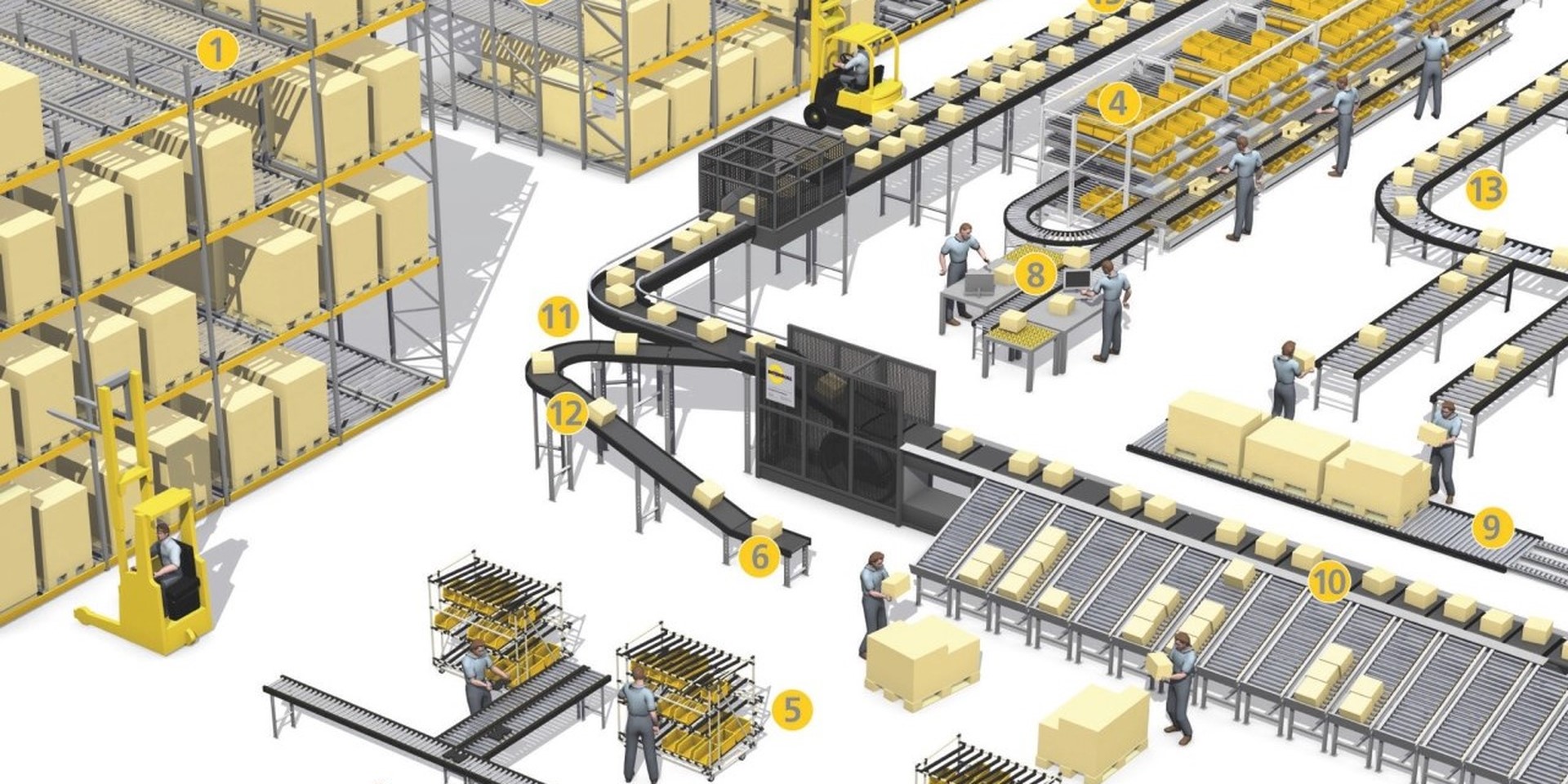 “You may not realise that you’ve used an Interroll product, but you almost certainly have,” says Hilton Campbell, the newly appointed managing director of Interroll UK, at a press event in London.

“If you’ve flown through an airport recently, particularly a European one, then you’ve probably used a conveyor while collecting your luggage – that’s Interroll technology.

“You may have used Interroll products even more recently, especially if you’ve done some shopping – a lot of supermarkets use conveyors with Interoll technology.”

Some people can remember back when none of the supermarkets used conveyors at the checkout, and shoppers would have to move their items along manually.

The conveyors made things more convenient, but perhaps more importantly, they made the experience of checking out faster.

This enabled supermarkets to increase the volume of the business they did exponentially.

Similarly, airports and warehouses use conveyors to increase what is known as “throughput”, to use the industry jargon.

Increasing throughput in the supply chain – the warehouse part of a logistics operation – is of critical importance now as competition intensifies in the sector.

Campbell says new technologies such as autonomous vehicles and robots are interesting technologies, but conveyor systems are by far the fastest and most economical way to move goods around a warehouse.

“But it’s horses for courses,” he says, meaning that sometimes autonomous warehouse robots are appropriate while, at other times, a conveyor system is best. “It depends what the customer wants or requires. We’re increasingly seeing our conveyor systems being integrated with robotics and autonomous systems anyway.”

Interroll has been researching robotic and autonomous solutions of late, but while conveyor systems might be considered “traditional” automation technology, it’s still the infrastructure of choice for the overwhelming majority of mechanised and automated warehouse operations.

It’s probably not a massive debate, in that not a huge number of people are talking about it, and Campbell’s view that conveyor systems are faster and more cost-effective is probably widely accepted.

However, for a warehouse manager, there is at least another option that perhaps merits consideration. The conveyor system has been around a long time and, to all intents and purposes, there was no real alternative to it.

The main advantage of mobile autonomous vehicles is that there is no need for fixed infrastructure, which can be expensive. Even the magnetic strips that are often fixed to the floor to enable automated guided vehicles are not necessary for the new vehicles – or “robots” as they are sometimes called – because they are often equipped with artificial intelligence systems for mapping and self-charging.

Campbell argues that Interroll’s new modular design makes building an infrastructure easier to begin with and simpler to modify on an ongoing basis.

The company has developed new technology which enables the conveyor to stop items – boxes or totes – at specified locations to with a millimetre of accuracy.

This means that any robotic arms that are there to place objects inside the box or tote can add their own accuracy level and make the placement ultra-precise.

In other words, Interroll’s conveyor is precise enough for manufacturing assembly line work, even for industries that demand extreme precision, such as electronics.

Many of Interroll’s customers are from the electronics sector, but Campbell says one of the big growth areas now is e-commerce.

“About 50 per cent of enquiries coming into us are from online retail,” says Campbell. “Mostly from the fashion sector, but also electronics as well.

“We also find automotive parts distribution is a big area of interest as well.”

Finding people who want to work in the supply chain and logistics sectors is becoming increasingly difficult, which means companies like Interroll will continue to grow.

The company’s largest market is Germany, but Campbell – who arrived from South Africa to take up his role as MD for Interroll UK – says the booming online retail market in Britain offers many opportunities for Interroll.

As well as the many varieties and combinations of rollers and smart rollers – “RollerDrive” being one of its new products – Interroll provides Industry 4.0 open standards-compliant machine data monitoring and predictive maintenance systems.

The data can only be collected by the customer and they can decide whether to keep it on site or use some cloud services.

While Interroll has released an updated computer card for programmable logic controllers, it is not yet offering cloud services.

Looking ahead, Campbell says he’s interested in new technologies such as the driverless forklift trucks now coming onto the market, as well as AGVs – autonomous or otherwise.

But Interroll has been providing rollers and conveyor technology for 60 years, and there is plenty of work to do in that market first.

“I am looking forward to adding value to the UK operation, not just by growing sales by excellence, but by continuing to elevate our brand reputation in the market,” says Campbell.