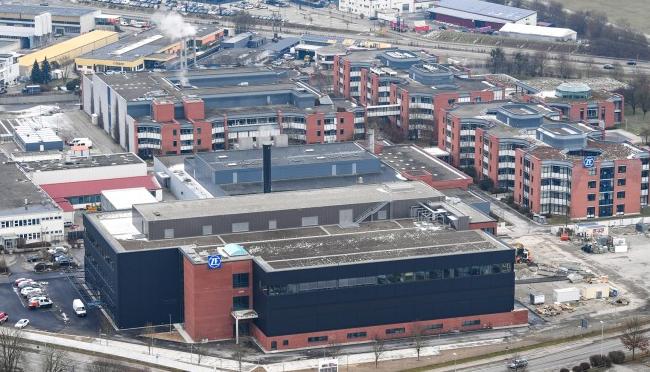 ZF Friedrichshafen AG has opened the doors of its new testing centre for drive technologies. This centre provides extended capacities for testing electric, hybrid and combustion engine drives in Friedrichshafen.

The company also took the opportunity to announce its future plans for the R&D Centre site with the construction of a new office building next to the testing centre, designed to create additional working space for the developers who work there.

“The new testing centre for drive technologies is the fitness centre for mobility of the future. This is where all of ZF’s vehicle drives are technologically fine-tuned to get them in peak condition,” said Chief Executive Officer of ZF, Wolf-Henning Scheider.

The company has designed the testing centre to be a highly flexible building capable of testing electric, hybrid and combustion engine drives. Battery simulators are used to supply the necessary power to electric and hybrid drives.

In this way, the entire power supply for a vehicle can be simulated in the test boxes – whatever the power source.

ZF is to extend its capacities at the site even further. A new office building is to be built on the R&D Centre  to accommodate around 400 developers. The construction project is currently in the planning and approval stage. Following a total investment of €70 million in the testing centre, the company is expected to invest a double-digit million figure.

At the site, ZF operates numerous test equipment including the existing transmission test benches in the R&D Centre as well as a test bench for the laser-based LIDAR technology, an integral component of the sensor set for automated driving functions.

“Here, we can simulate the entire life cycle of a vehicle drive – whether it’s an electric or hybrid drive or a drive with combustion engine – in just three months.”