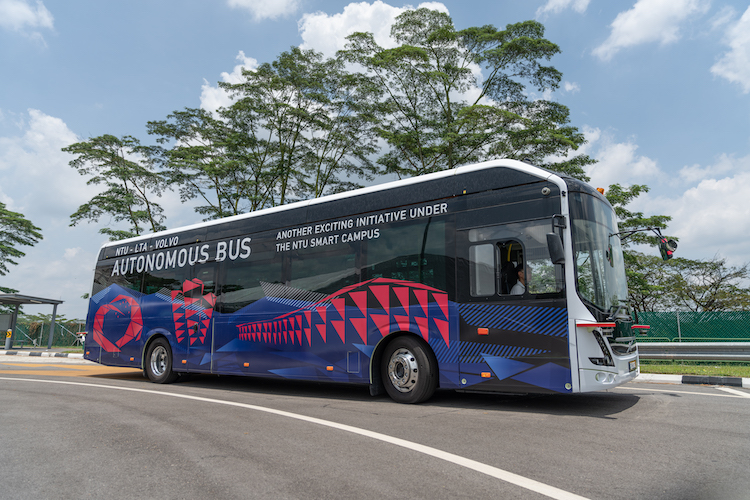 Global automaker Volvo has partnered with a Singapore university to launch what they say is “the world’s first 12-metre fully electric autonomous bus”. (See video below.)

Volvo Buses and the Nanyang Technological University and Singapore’s Land Transport Authority say the new autonomous bus is the first of two buses they plan to operate.

They add that the vehicle has “completed rigorous testing and is ready for trials on designated public roads”.

The autonomous electric bus will be equipped with numerous sensors and navigation controls, managed by a “comprehensive artificial intelligence” system, backed by industry-leading cybersecurity measures.

The new Volvo 7900 Electric Bus was formally unveiled on the 5th of March in Singapore.

Cities like Singapore that have high infrastructure sophistication are ideal locations where autonomous vehicles can be deployed readily, says Volvo.

For the past two years, consulting firm KPMG has ranked Singapore as the second-best prepared country for autonomous vehicles after the Netherlands.

Considering the growth of urban populations in the world, driverless buses can transport much larger numbers of people than cars or taxis and this will have a tremendous impact on the environment.

More buses mean fewer vehicles on the road overall, and as a result, major benefits for air quality and the environment.

Self-driving buses will contribute to the continued sustainable city development by, for example, reducing the need for parking spaces, improving air quality and overall mobility throughout the city.