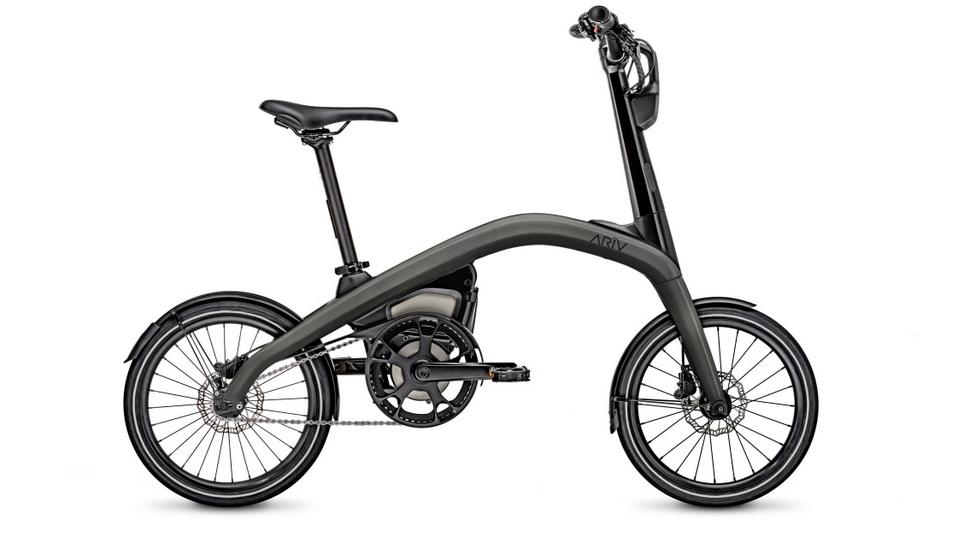 GM has announced the name of its new ebike brand, ARĪV. The brand includes two ebikes: the Meld, a compact eBike, and the Merge, a folding ebike.

The name ARĪV was selected as part of a global crowdsourcing campaign announced in November 2018.

ARĪV eBikes are launching first in Germany, Belgium and the Netherlands, due to the popularity of lithium-ion battery-powered eBikes in those markets. ARĪV ebikes are scheduled to begin to be shipped to customers in Q2 of 2019.

GM’s experience with electric vehicle motor software and controls greatly influenced the proprietary GM motor that was built for the ebikes.

The motor also enables speeds up to 25 kph with four levels of pedal-assisted power. The battery was validated to rigorous safety standards similar to GM’s electric vehicles batteries.

Riders can charge the battery in approximately 3.5 hours and receive up to 64 kilometres of ride time on a single charge.

The ARĪV Merge and Meld come with safety components such as integrated, rechargeable front and rear LED safety lights for increased visibility and oversized brake rotors to increase stopping power. They were engineered and designed in GM facilities in Michigan and Oshawa, Ontario.

The compact design of both models allows for easier transit and more convenient storage. The ARĪV Merge folds easily, allowing customers to conveniently roll the bike on its two wheels while folded.

Walk mode can also be engaged on the ARĪV Merge and Meld, allowing customers to engage the motor capability to walk the ebikes up steep terrain more easily.

Additional features are planned for the app including a mode that will use a proprietary algorithm to help riders arrive at their destination sweat-free.

The bikes have an integrated USB port to allows rider to charge phones while on the go.