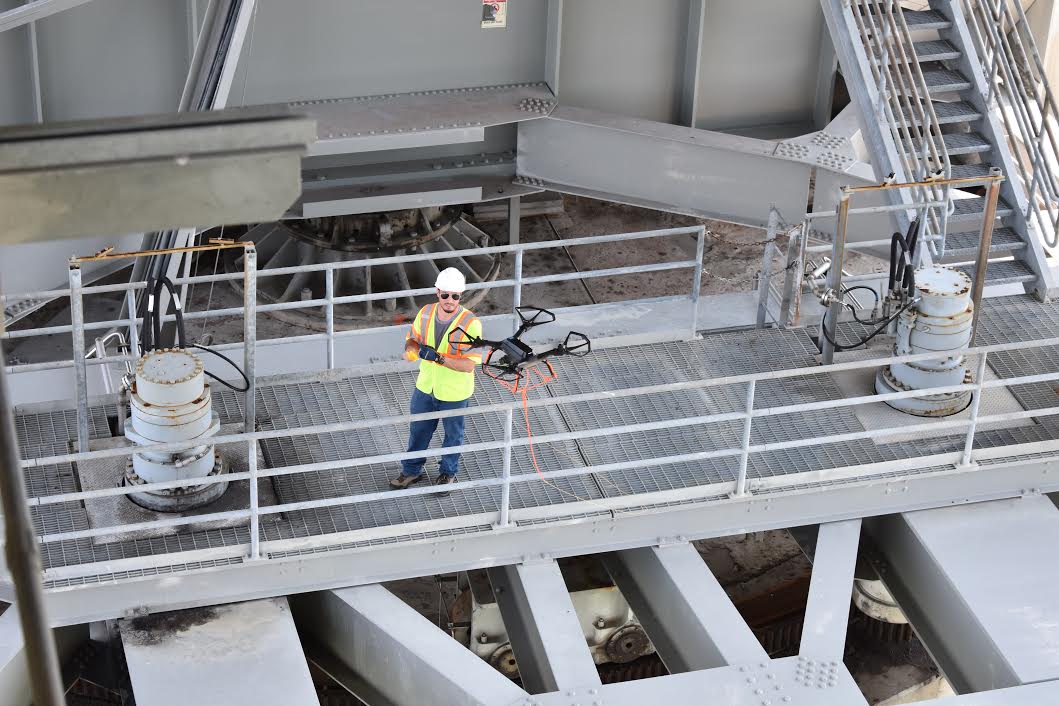 Today, drones dominate the news, from making speedy burrito deliveries, transporting orders to your doorstep, or aiding in natural disasters.

The use of drones for this type of assessment has the potential to make the inspection process quicker and more efficient, thus enhancing public safety in the US and around the world.

Craig Woolsey, professor in the Kevin T. Crofton Department of Aerospace and Ocean Engineering, is the lead investigator of a $1.5 million National Science Foundation grant to research new processes for humans collaborating with unmanned aircraft systems.

Lack of maintenance and the deterioration of aging structures can lead to catastrophic events, as in the cases of the recent bridge collapses in Genoa, Italy, and Kolkata, India.

Given the sheer number, scale, and complexity of these structures, it’s easy to see how regular, routine inspections can be difficult to manage.

Woolsey says: “The potential for this project to enhance the economic and social well-being of people around the world is immeasurable.

The use of augmented reality and first-person-view in the operator interface for drones also supports job training, since the same technology can be used in a simulated environment, and the skills a worker acquires can be transferred to other applications in addition to infrastructure inspection.

The Coleman Bridge is the nation’s largest “double swing-span” bridge, with a steel deck truss type construction. The bridge requires rigorous visual inspection every other year.

Numerous challenges arose, including strong wind gusts that disturbed the drone’s motion and interference from the steel bridge structure with GPS and compass measurements critical for the drone’s autopilot.

Flying the drones using first-person view, meaning equipped with goggles, the pilot gains the visual perspective of the aircraft for better flight control, would make the inspection work faster and more manageable, but would also have sacrificed situation awareness by narrowing the worker’s field of view.

In order to optimize the use of unmanned aircraft systems for these types of inspections, the team at Virginia Tech will focus on four distinct research thrusts:

In conjunction with Virginia Tech’s Center for the Enhancement of Engineering Diversity, the research team plans to introduce “drone quidditch”, or just “quidditch”, a team sport where human-piloted multirotor drones compete in a game made popular in JK Rowling’s Harry Potter films.

While there are no flying magicians in quidditch, first-person view-controlled quadcopters play the roles of bludger, quaffle, and golden snitch.

Drones will not be physically knocked out of the air by the bludgers; instead, drones will be freeze-tagged by an opponent’s close approach.