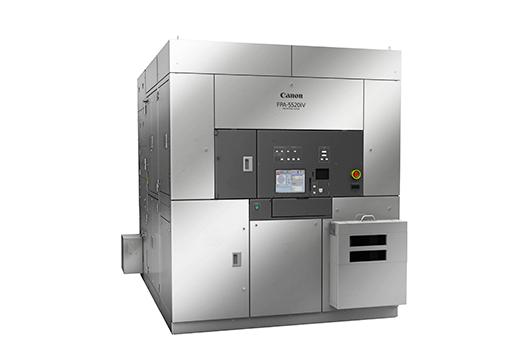 As mobile devices become increasingly compact and energy-efficient, suppliers need to produce semiconductor chips that are thinner with a larger surface area.

The FPA-5520iV HR Option maintains the same basic functionality, performance and productivity of the FPA-5520iV stepper (released in July 2016) for FOWLP processes while delivering a higher resolution of 0.8 µm.

FPA-5520iV HR Option steppers provide improved productivity by offering such capabilities as handling extremely warped reconstituted wafers, a problem encountered during mass production using FOWLP technology, as well as an improved rate of operation by automatic detection of alignment marks of chips that are known to be placed non-uniformly on reconstituted wafers.

By continuing to provide a wide variety of solutions and upgrade options for its semiconductor lithography equipment, Canon supports users’ increasing productivity needs.