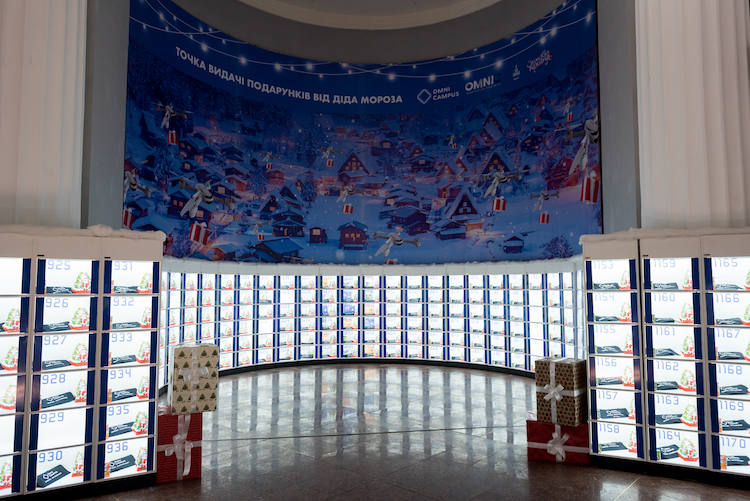 The National Expo Center in Kiev, Ukraine has set a new record for the highest number of automated lockers in one place.

The record was announced by the Guinness Records Committee as the largest electronic locking parcel lockers station in the world.

The Guinness Records Committee said “the most electronic locking parcel lockers in one single venue is 1,182”, granting the creators of the project with the “Officially Amazing” Guinness World Record certificate.

It took 115 professionals and 87,000 work-hours to develop the electronic system which enabled the biggest installation of automated lockers in the world.

The station had 1,182 automated cells, five management units and was set up at the National Expo Center in Kiev.

More than 1,000 visitors used the locker’s “click and collect” technology to buy and deliver their own gifts between December 22nd, 2018 and January 14th of this year.

The biggest parcel lockers station was developed by Omnic, an international tech group based in San Francisco, together with the support of the Kiev-based business accelerator Omni Campus.

Ann Snitko, Omnic’s regional director, says: “Our aim with the project was to introduce children to new technologies and showcase our novel state-of-the-art automated process of receiving goods, which together with the Guinness Record break, has proven to be a great success.”

International auditing companies Baker Tilly and PSP Audit provided the evidence to the Guinness Record Committee, confirming the complete autonomous operation of the lockers with a fault level of no less than 0.32 percent.

Automated locker technology is growing rapidly across the globe under the IoT and automation trends, becoming an essential component of the logistics behind internet purchases.

Snitko says: “Omnic attempts to be at the forefront of automated locker technology. We have invested $3.45 million in research and development and developed the technology with the support of the Center for Entrepreneurship and Technology Satarja.”