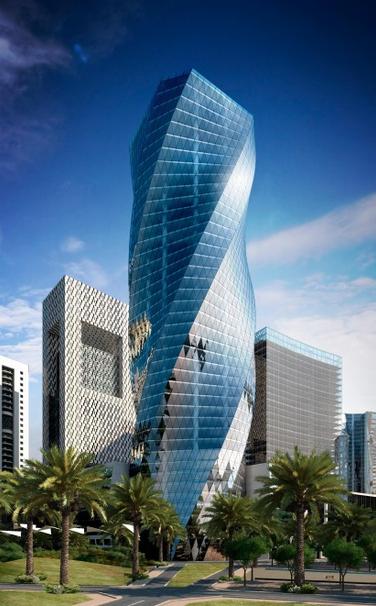 The builders of the United Tower in Bahrain have completed the installation of 16 lifts and two escalators in the country’s sixth tallest building.

With its unique twisted shape, the United Tower is conceived as a building with multiple uses – a vertical spiral city where people live, work, and relax. The particular characteristic of the United Tower is a 360-degree unobstructed view of Manama.

The United Tower is located in Bahrain Bay on the north-eastern shore of Bahrain’s capital city Manama in a mixed neighbourhood of residential, commercial and retail spaces.

thyssenkrupp Elevator delivered lifts and escalators capable of a maximum speed up to 3.5 m/s. It was the biggest ever order for the company in Bahrain.