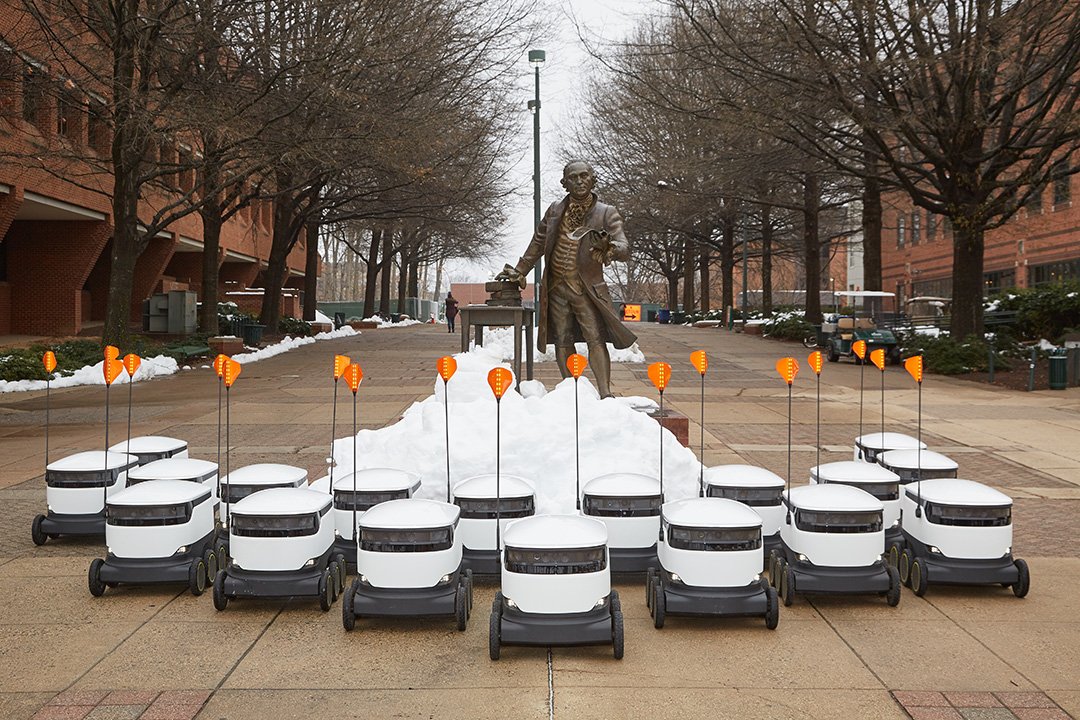 Autonomous delivery robots are being discussed in the US state of Washington by local politicians who want to draw up regulations for the gray area of mobile machines moving along pavements in the country.

More and more companies are developing autonomous delivery robots and they are finding customers and creating a burgeoning market.

However, while they are currently mostly to be found within one organization’s grounds – such as a university, for example – the prospect of large numbers of autonomous delivery robots on the roads and streets, mingling with pedestrians, is something that is said to be a unclear area in terms of legislation.

Now, according to a report on Kiro-7, a bill has been introduced to regulate autonomous devices that take up space on sidewalks.

The bill comes at the same time as Amazon is testing its own autonomous delivery vehicles in a small part of the state.

San Francisco authorities banned the machines from sidewalks last year, pending further discussion. They argued that not enough consideration has been given to the issue and people walking about on the streets may feel that they have not been adequately consulted.

Washington state Democratic representative Shelley Kloba says the bill they are debating would answer questions about the speed of the machines, weight limits and insurance issues.