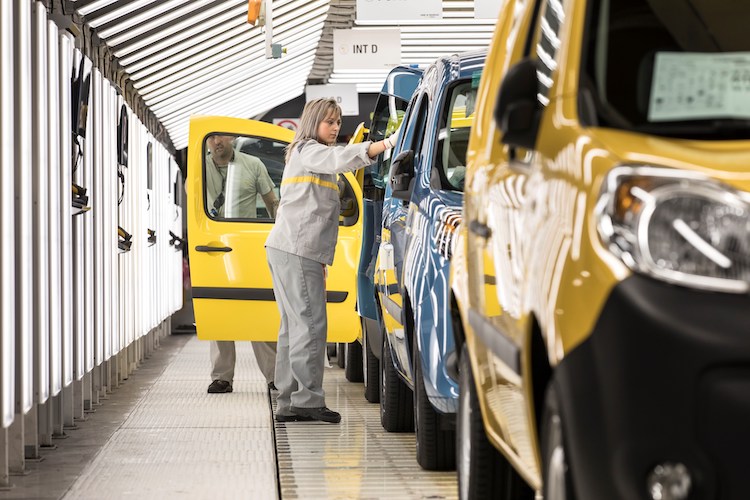 The Renault-Nissan-Mitsubishi alliance has added new production capacity in its manufacturing facilities in Maubeuge and Sandouville, France.

Maubeuge serves as Renault’s small van center of excellence and Sandouville is the production center for the Renault Trafic van.

By the end of the strategic plan, Alliance 2022, the Alliance aims to double annual synergies to €10 billion.

To help achieve this target, Renault, Nissan and Mitsubishi Motors will accelerate collaboration on common platforms and common production facilities.

Carlos Ghosn, Alliance chairman and CEO, announced the new investments in the presence of French President Emmanuel Macron. They toured the plant and met with employees and also visited the plant’s advanced training center.

Ghosn said: “Groupe Renault’s global van expertise is driving synergies across the Alliance to benefit all our customers. The Maubeuge and Sandouville plants provided the most attractive solution thanks to their competitiveness and ability to leverage Alliance common platforms.

“This year, Groupe Renault has announced a total investment in France of €1.4 billion to support two pillars of growth: pure electric and light commercial vehicles.”

The Maubeuge plant, which ranks among the most efficient plants in France, will serve as the manufacturing hub for the next-generation Renault Kangoo family, which includes electric versions.

Groupe Renault is investing €450 million for Kangoo production over five years. In 2019, 200 workers will be hired in order to support the van expansion.

The Nissan NV250, a new small van based on the current Renault Kangoo platform, also will be produced at Maubeuge, beginning in mid-2019.

Furthermore, as stated in their recent joint press conference in Paris, the Alliance and Daimler are reaffirming their partnership. Renault currently produces the Mercedes Citan van at the Maubeuge plant.

Mitsubishi Motors also will benefit from Renault’s van expertise, with the announcement that it will source a vehicle on the same platform as the Renault Trafic, built in Renault’s Sandouville plant, for markets in Australia and New Zealand.