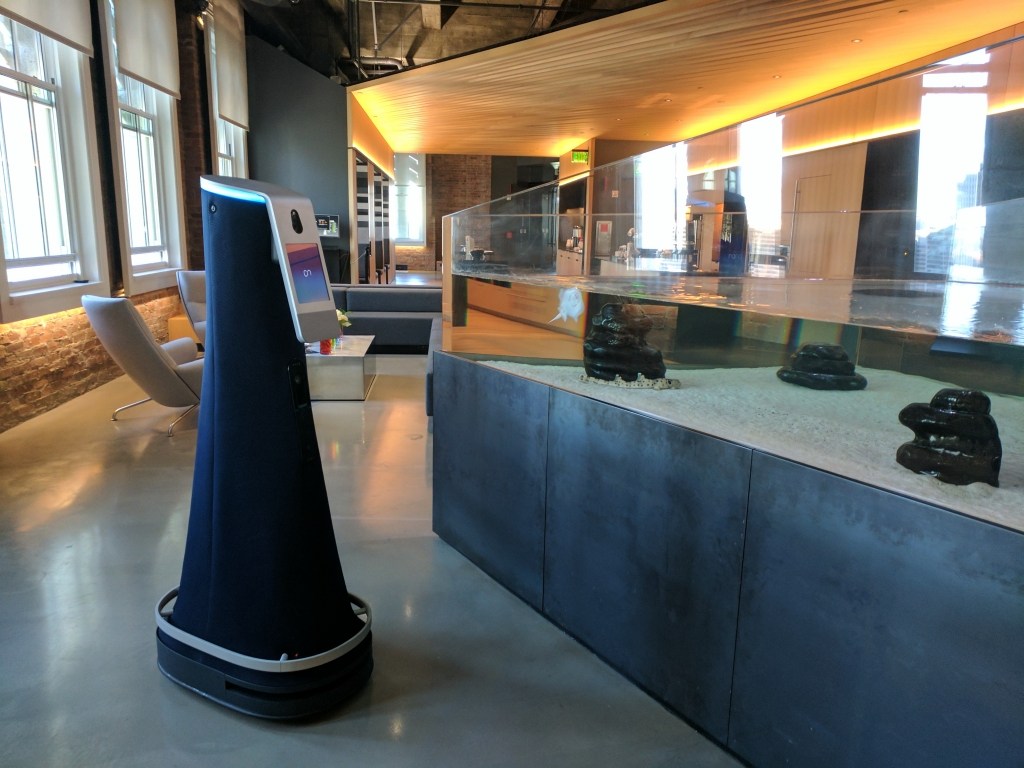 In this webcast, we interview Erik Schluntz, co-founder and CTO of Cobalt Robotics, a startup company which produces a security robot. (See video below.)

The startup sees itself as a security company which just happens to use advanced technologies – including the robot – to provide its services.

The robot itself sports around 60 sensors and Cobalt says it can provide a cost-effective alternative to companies which may not have the funds to hire human security personnel.

However, Schluntz does not foresee integrating any additional equipment into the robot, and it will remain a monitoring and reporting tool.

Schluntz says: “It was very important that, as we designed this robot, we needed to make the robot comfortable and friendly to be around, because if the robot scared people, even if it was also scaring away bad guys, it wasn’t doing its job.

“So we put a lot of time and energy into the design to really try and understand how this robot would interact with people, and what the robot would look like and feel like.

“I think one of the most interesting things to come out of that work what that the robot is that the robot’s outside is actually made of fabric, while most robots (surfaces) are made of plastic or metal.”