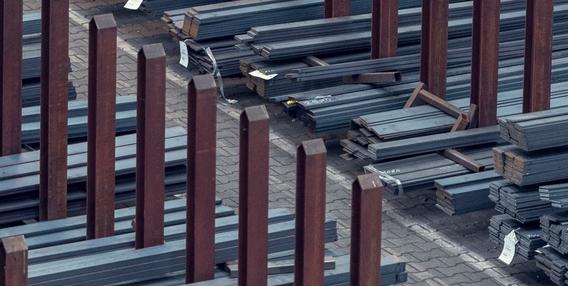 Carbon2Chem is off to a good start in the new year. For the first time, thyssenkrupp has produced ammonia from steel mill gases. Ammonia is a chemical used to make fertilisers to improve food production.

Steel mill gases come from steel production and contain, among other things, CO2. It is the first time in the world that steel mill gases, including the CO2 they contain, have been converted into ammonia.

It represents a further milestone in the Carbon2Chem project, which is being funded by the German Federal Ministry of Education and Research (BMBF) to the tune of around 60 million euros.

Back in September 2018, thyssenkrupp succeeded for the first time anywhere in the world in producing the chemical methanol from steel mill gases.

Carbon2Chem is a major project coordinated by thyssenkrupp together with institutes of the Fraunhofer-Gesellschaft and the Max Planck Society and involving 15 other partners from research and industry.

Implemented on an industrial scale, the technology could make around 20 million tons of the annual CO2 emissions of the German steel industry commercially utilisable. It could also be used in other CO2-intensive industries.

“Our Carbon2Chem concept has shown that it is possible to use steel mill gases for the production of various chemicals and thus achieve a circular carbon economy,” explained Reinhold Achatz, head of technology at thyssenkrupp. “Our goal is the large-scale industrial use of the technology.”

Carbon2Chem is based on the fact that steel mill gases contain valuable chemical elements, including carbon in the form of carbon monoxide and carbon dioxide (CO2), nitrogen and hydrogen.

They are therefore suitable for the production of carbon- and hydrogen-containing synthesis gas, a precursor for various chemicals. Examples include plastics and higher alcohols as well as ammonia and methanol.

In the chemical industry, synthesis gases have so far been obtained from fossil fuels such as natural gas or coal. Carbon2Chem not only converts the CO2 contained in the steel mill emissions but also saves the CO2 produced when synthesis gas is produced from fossil carbon sources.

The first ammonia production took place in the Carbon2Chem technical centre in Duisburg, a pilot plant in which laboratory results are validated under practical industrial conditions using gases from regular steel mill operation.

This work forms the basis for transferring the technology to industrial scale. thyssenkrupp has invested 33.8 million euros in the pilot plant. On top of this comes 8.5 million euros from the BMBF funding for equipment and operation.

There is great interest in Carbon2Chem, also outside Europe. The solution developed in Duisburg could be immediately transferred to over 50 steel mills worldwide.

In addition, thyssenkrupp is already holding talks with interested parties from various regions on how the technology could be applied to other CO2-intensive industries.

Carbon2Chem can make a significant contribution to achieving the goal of greenhouse gas neutrality in the second half of the century formulated at the 2015 UN Climate Conference.