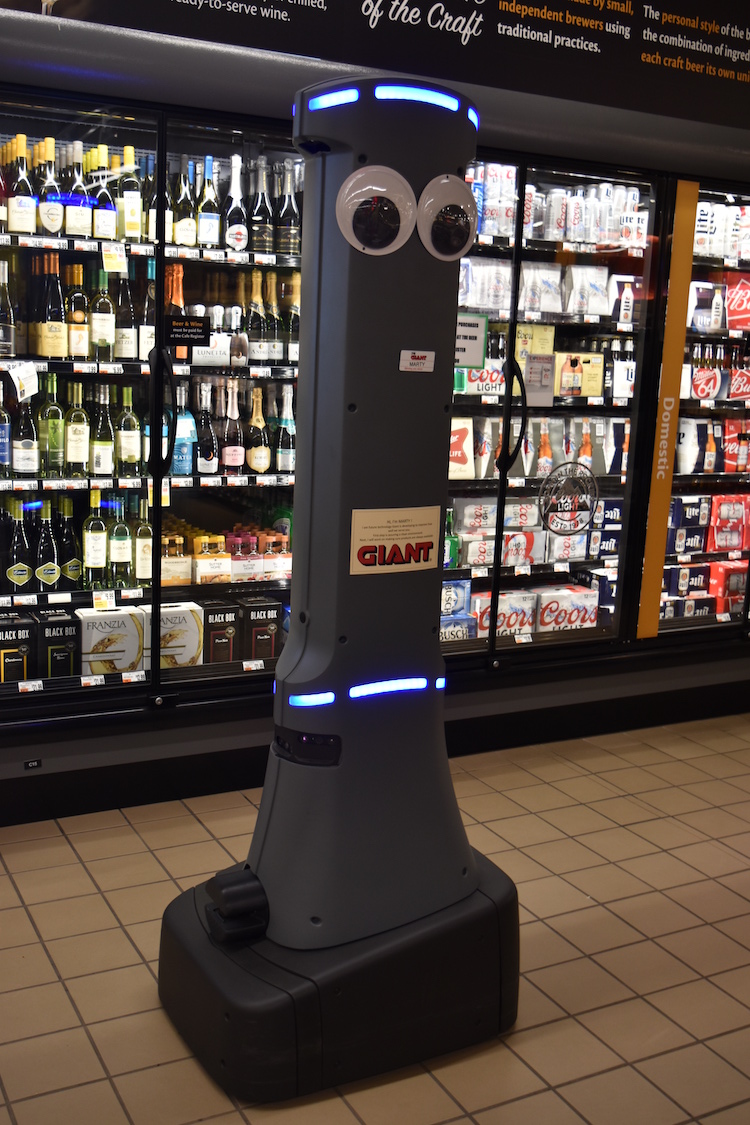 Giant Food Stores has started installing robots in all its stores, which is at least 172 locations.

The installation is said to be one of the largest applications of in-store robotics innovation in the US.

The robot model, called “Marty”, was developed by Badger Technologies, which specialises in retail automation.

Giant Food Stores says the introduction of a new robotic assistant to all of its 172 stores.

Marty is a tall, gray robot with “googly eyes”, and will soon be working alongside Giant’s 30,000 employees, or associates.

Over the past year, Giant has been piloting Marty and the in-store robotic program in its stores located at 4211 Union Deposit Road, Harrisburg and 255 Spring Garden Street, Carlisle.

Nicholas Bertram, president, Giant Food Stores, says: “Bringing robotics and artificial intelligence from a research lab to the sales floor has been a very exciting journey, and we were thrilled by the customer response in our pilot stores.

“Our associates have worked hard to bring this innovation to life with amazing partners.”

The in-store robots, which move around the store unassisted, are being used to identify hazards, such as liquid, powder and bulk food-items spills and provide reporting that enables quick corrective action.

Giant will be deploying Marty to its 172 Giant and Martin’s Food Markets stores in waves over the coming months with expected completion slated for mid-2019.