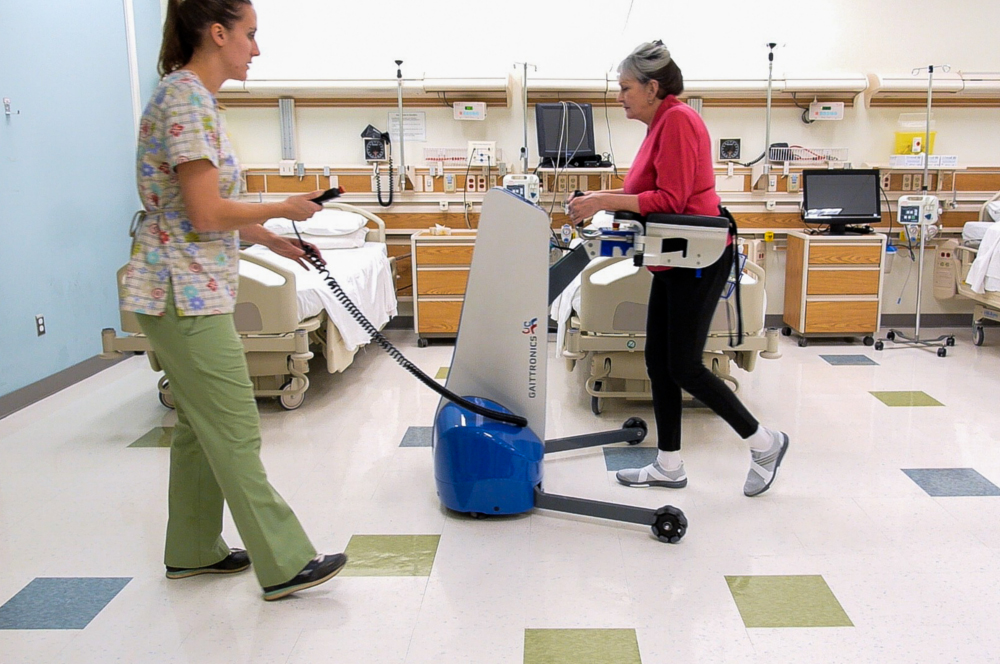 The Healthcare Assistive Robot Market is set to grow from its current market value of more than $359 million to over $1.2 billion by 2024, as reported in the latest study by Global Market Insights.

Increasing incidence of stroke coupled with rising geriatric population worldwide is the key factor that will escalate the demand for healthcare assistive robots during the forecast period.

According to the Conference on Retroviruses and Opportunistic Infections, each year, 15 million people worldwide suffer a stroke of which around 6 million cases lead to mortality whereas about 5 million remain permanently disabled.

Adoption of assistive rehabilitation robots as an innovative treatment for therapy of stroke recovered patient is increasing in recent years.

Ability of these robots to perform repetitive sets of exercises and provision of measurable feedback will render positive impact on the healthcare assistive robot industry growth.

Furthermore, increase in funding for research on robotics technology will stimulate healthcare assistive robot industry growth over the analysis timeline.

For instance, the National Institutes of Health is focusing on R&D pertaining to robotic technology to ensure better healthcare outcome and increasing life span of patients.

However, high costs of robots and social stigma pertaining to robots may impede healthcare assistive robot market growth during the forthcoming years.

Socially assistive robots segment held significant revenue in 2017 and is estimated to show 19.5 percent annual growth over the analysis timeframe.

Segment growth is attributed to the support provided by these robots to the operators through social interaction rather than physical.

Use of socially assistive robots in therapeutic treatments such as autism spectrum disorders will augment the market growth during the forecast period.

Mobile robots segment accounted for 60.5 percent revenue share in 2017 and is estimated to show highest annual growth over the forecast period.

Ability of mobile robots to map its own location and complete the programmed task for use will increase its adoption in coming years.

Cognitive & motor skills segment was valued at $87.1 million in 2017 and is anticipated to witness significant growth in the coming years.

The segment growth is attributable to wide applications of assistive robots in the field of cognitive and motor skill disabilities.

High healthcare expenditure, rising awareness levels regarding innovative and advanced use of robotics as well as growing prevalence of stroke and neurological disorders are some of the factors enhancing the growth of assistive robot’s market in the US.

Mexico healthcare assistive robot market is estimated to witness lucrative annual growth of 19.4 percent over the forecast timeframe owing to rising prevalence of neurological diseases and disability among people coupled with subsequent rise in geriatric population base.