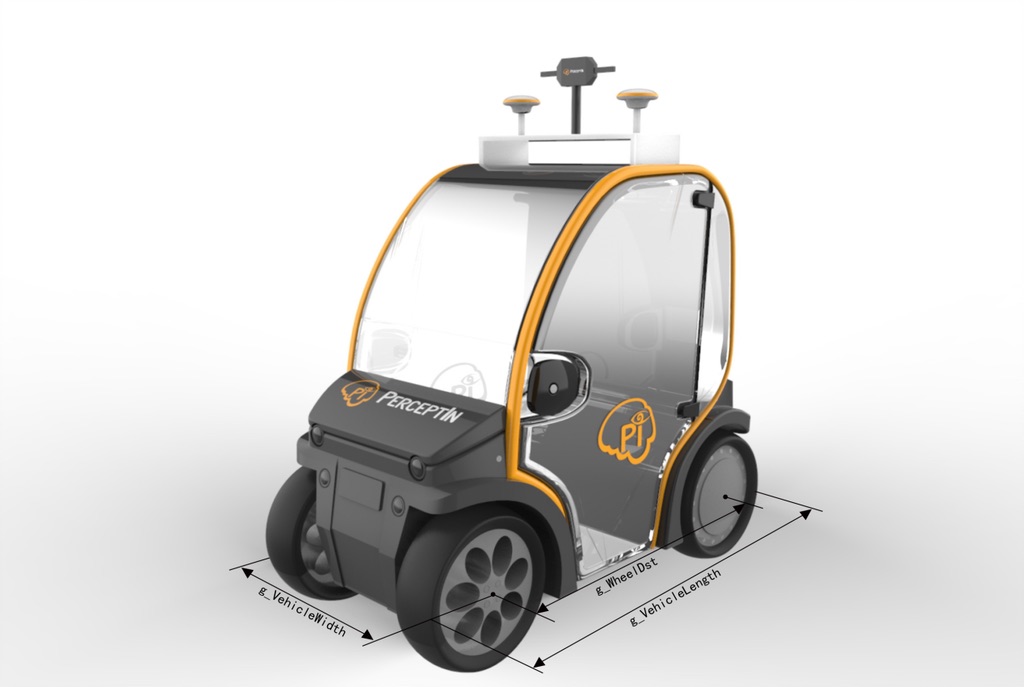 PerceptIn created its thousand-meter proprietary visual perception technology to detect obstacles from long distances away, such as transport by highway, rail, ship, or aircraft.

PerceptIn – which has also developed autonomous pods, as pictured above – says “safety is a top priority”.

Through a collaboration with CRRC Corporation, said to be the world’s largest rolling stock manufacturer, specializing in the design and manufacturing of high-speed trains, PerceptIn will apply a customized long-range visual perception module that will work with China’s high-speed railway system where trains travel up to 300 km per hour.

Shaoshan Liu, founder and CEO of PerceptIn, says: “LiDAR sensors, which are commonly used in autonomous driving scenarios, suffer from a lack of detection range and semantic information, making them unsuitable for high-speed applications.

“Visual perception is currently the best solution that can be used in high-speed scenarios.

“With our thousand-meter visual perception technology, we’ve created the longest range visual perception capabilities for high-speed rail while ensuring safety with critical functions such as obstacle avoidance and object detection.”

Bo Yu, CTO of PerceptIn, says: “While developing our thousand-meter visual perception module, we ensured it remained flexible enough to be applied to any autonomous vehicle.

“Based on our ongoing discussions with global automotive manufacturers, we designed it to have a shorter 300-meter perception range, the common requirement for commercial vehicles such as trucks.

“The end result is a perception module that can be used for any autonomous vehicle scenario including high-speed rail and commercial transport.”

PerceptIn’s thousand-meter visual perception module is based on the company’s proprietary DragonFly Computer Vision Module, which enables outdoor autonomous vehicles and robots to achieve perception and localization, and can be tuned to meet the specific needs of different vehicles.

While the first application of the thousand-meter module is high-speed trains, PerceptIn plans to eventually bring this technology to commercial vehicles.