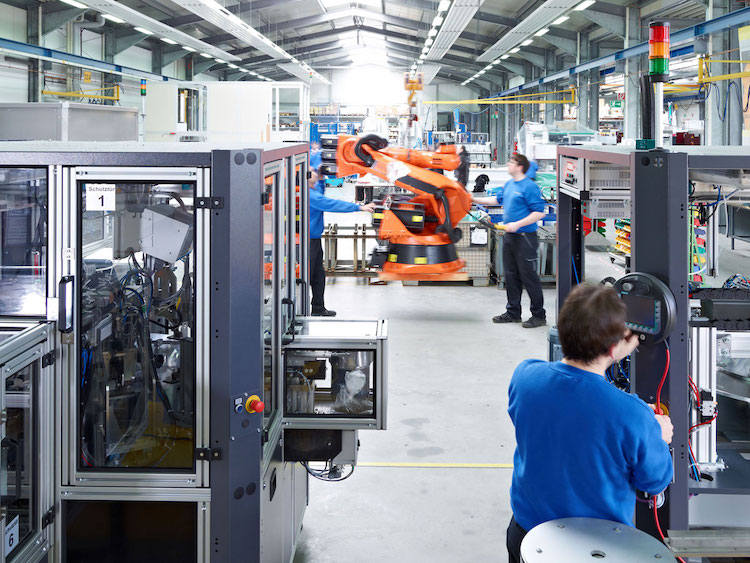 Hahn Group says it is continuing to grow after it recently acquired the intellectual property of Rethink Robotics and with the appointment of Philipp Unterhalt.

Unterhalt has been appointed managing director of the Hahn Group and interim CEO of Rethink Robotics.

Following the recent years’ success and ensuring long-term profitable growth, the company says the Hahn Group is further strengthened with the appointment of Unterhalt, who will work alongside Thomas Hähn and Klaus Siegmund.

Unterhalt will be responsible for the Process Technologies division and, in particular, he will focus on the development of digital services.

In addition, Unterhalt will establish the department of corporate development for the Hahn Group in order to manage future acquisitions within the group.

Unterhalt has worked as interim CEO at Rethink Robotics since November 2018, one of the companies in Hahn Group’s Robotics division.

Hahn Group acquired the assets from the US robotics pioneer Rethink Robotics, in October 2018, and thereby considerably strengthened its market position for automation and robotic applications.

Hahn says Rethink Robotics “combines the world-leading software platform from the USA with German engineering expertise and many years of experience”.

Unterhalt is initially responsible for the establishment of the corporation until he will fully attend to his role as managing director of the Hahn Group in the near future.

Unterhalt has gained experience in the fields of corporate development, strategy, organization and mergers and acquisitions through his various positions in national and international companies.

His most recent responsibility was the development of the automation segment and parts of the segment “consulting engineers” at the RAG-Stiftung Beteiligungsgesellschaft as head of corporate development.

During his time in this function, he has overseen 15 corporate acquisitions, including every single transaction of the Hahn Group. Unterhalt is an economist and looks back on functions at BearingPoint and CSC.

Thomas Hähn, CEO of Hahn Group and founder of Hahn Automation, says: “I have worked closely and very successfully with Philipp since our partnership with RSBG began in 2014.

“We developed the concept for the Hahn Group together and I am delighted that he took on the new challenge of supporting the Hahn Group’s management.”