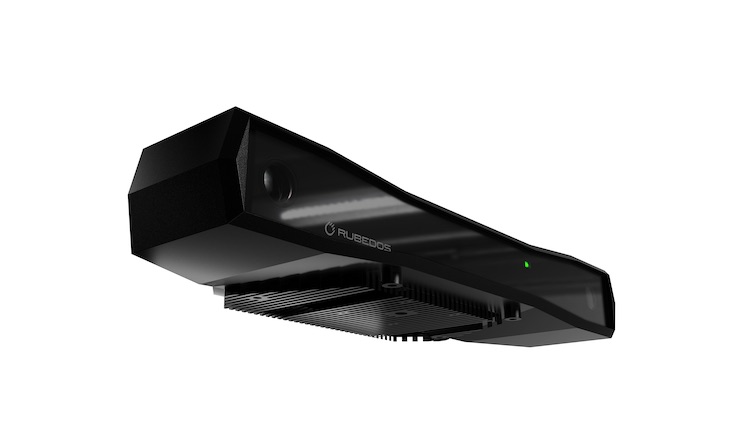 The company says its new Viper system “equips robots with eyes and brain”.

It adds that the system addresses the technological needs for next-generation industry and service robots.

Powerful and lightweight, the bolt-on and easy to integrate Viper system enables intelligent automation with a turn-key set of hardware and embedded computing.

It can be applied to a wide range of use cases to equip industrial and service robotics with visual perception.

Its stereo vision system with two 3.4 MP low light cameras continuously measures environment depth in 3D with a depth frame rate up to 40 fps over range distances up to 50 meters.

All object detection and classification tasks are performed onboard in an embedded Nvidia JetsonTM TX2 computing unit using algorithms specifically designed by Rubedos.

By this, Viper offloads low- and high-level image processing to the onboard processor, reserving the robot’s main computing resources for robot navigation.

Linas Vaitulevičius, Rubedos co-founder, says: “In the smart factories of the near future, intelligent robots will leave their safety cages.

“However, the lack of visual perception still is the sandbag of intelligent automation as this next generation robots depends on the ability to acquire, organize, and interpret surrounding visual data.

“Our Viper system achieves this by continuous measuring environment depth in 3D and industry-specific object detection and classification.”

With its low energy consumption, a compact design of 246 x 98 x 35 mm and a light weight of 0.8 kg the Viper system is particularly suitable for smaller robotic systems.

It is auto-calibrated, IP65 ingress protected and physically connected to the robot with standard 1⁄4” – 20 UNC, M4 mounting. Communication is supported via Ethernet at 1 Gb/s.

Vaitulevičius adds: “On top of that, we stand by to develop perception apps adapted to tailor-made applications.

Since 2014 Lithuania-based Rubedos has focused its research and development on the development of 3D visual perception systems for robotics.

Prior to that, the company has successfully developed a robotic tumor targeting solution for an image-guided radiation therapy that passed the high hurdles of the US Food and Drug Administration.