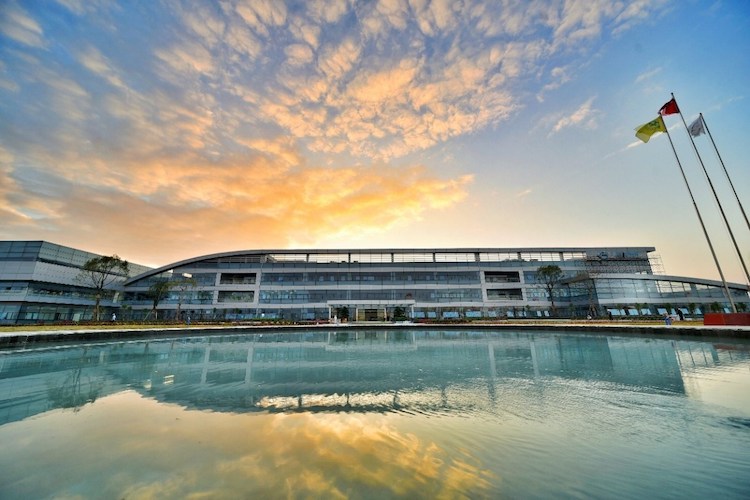 One of China’s largest automakers, GAC, has partnered with smart vehicle developer Aisin to establish a massive new factory.

GAC says the first phase of its “new energy intelligent and ecological factory” has been completed.

Representing a RMB 4.7 billion ($680 million) investment, the factory will start production in May 2019, aiming to achieve an annual production capacity of 400,000 vehicles.

GAC Motor and Aisin AW opened the new joint venture with an investment of RMB 2.13 billion ($310 million), and the annual value of production will be over RMB 3.5 billion ($500 million).

GAC Group, the parent company of GAC Motor, says the first-phase project of achieving production capacity of 200,000 electric vehicles per year was completed a couple of weeks ago.

GAC Motor and Aisin AW, a subsidiary of Aisin Seiki, have also hosted a foundation stone laying ceremony in the Industrial Park for their joint venture project of manufacturing automatic transmission on the same day.

Representing a RMB 4.7 billion ($680 million), the factory is the first project of the Industrial Park and has started construction since September 2017.

The factory will start production in May 2019, aiming to achieve annual production capacity of 400,000 vehicles. The GAC New Energy will release at least two electric vehicle models per year after that to enrich its product line and provide consumers with multiple options.

The future of vehicles is electric, global, online and sharing, which highlights the importance of automated driving technology.

GAC Group has started its own R&D of self-driving technology since 2011.

A new vehicle model developed by GAC Group and featured with Level 3 conditional automation driving system will be put into production in the near future.

On the same day, GAC Motor and Aisin AW have also hosted a foundation stone laying ceremony in the Industrial Park for their joint venture project of manufacturing automatic transmission.

In April, GAC Motor and Aisin AW signed the in-depth cooperation agreement to open the new joint venture. An investment of RMB 2.13 billion ($310 million) will pour into the project and its first product will go into production by the end of 2020, aiming to achieve annual production capacity of 400,000 AT units.

Yu Jun, president of GAC Motor, says: “After construction completed, the joint venture project will bring remarkable economic and social benefits. Its estimated annual value of production will be over RMB 3.5 billion (US$500 million).

“It will create many local jobs and cultivate more professionals in the field of automatic transmission manufacturing.”

Founded in 1969, the Aisin AW claims to be “the world’s number-one manufacturer of automatic transmission and car navigation systems”.

The 6-Speed Automatic Transmission planned to be manufactured in the joint venture project, has been widely installed in GAC Motor’s vehicles including the GS8 and GS4.

As part of its commitment to producing top-quality vehicles, GAC Motor has built strategic partnerships with 18 of the world’s top auto suppliers, including Michelin, Denso, Continental and more, covering areas such as core components and smart technologies, enabling its global supply chain to “adhere to the industry highest standards”.

The GAC Motor and Aisin AW’s joint venture will enable GAC Motor to push forward the sustainable development of its high-performance parts and components supply and establish a stronger global supply chain.