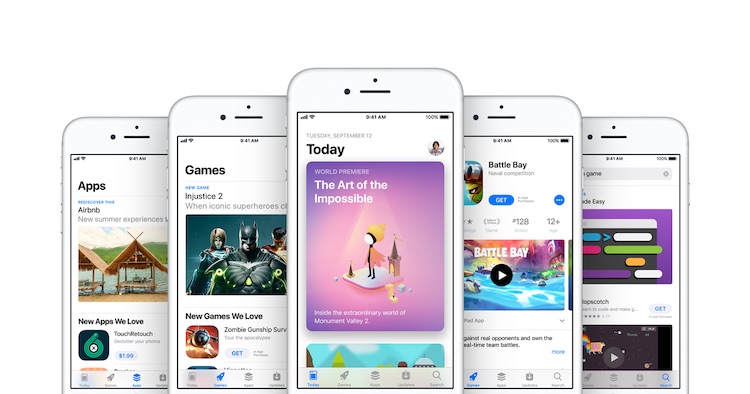 By Kyle Fazzari, software engineer and roboticist at Canonical, the company behind the Ubuntu open-source operating system

We are all familiar with Apple’s app store. It is an easily navigable place to download the latest features available, at the touch of our fingertips. Now imagine this same concept, but for robotics.

Whether robotics track down deadly species of starfish responsible for coral reefs destruction, or provide agricultural support for sustainable crops, access to an app store could open up an array of alternative revenue streams for robotics startups – functionality exchanged for a fee.

Ten years ago, in 2008, Apple launched its App Store with a mere 500 applications available for download to the iPhone. Within a year, that number had grown 100-fold and the App Store had established itself as a meteoric phenomenon – a first-of-its-kind place where users could go to extend the functionality of their mobile devices in myriad ways. Today, more than 500 million people in 155 countries visit the App Store every week.

The central lesson of the App Store – that a great way to future-proof a product and open up new revenue streams is by making it easy for developers to reach users with cool new features – has not been lost on some of the latest cutting-edge technologies. A case in point: robotics.

According to a recent IDC report, worldwide spending on robotics hardware, software and services will reach $230.7 billion by 2021. There’s no doubt robotics is one of the most exciting industries and transformative technologies of our time.

In its current form, however, it also happens to be one of the most limiting.

That’s not to say amazing work is not done every day. Take the Google-funded RangerBot – an underwater machine whose job is to track down a deadly species of starfish responsible for coral reefs destruction. Or the multi-lingual robots that Tokyo’s Henn Na Hotel uses to help guests check in and out.

Other examples are the Small Robot Company and its array of agricultural bots – Tom, Dick and Harry – each designed to care for individual crops within a farmer’s portfolio. Or BotsAndUs, and its autonomous assistant, Bo.

As with the iPhone, the future of robotics lies in being able to adapt over time and add new capabilities through a comprehensive set of third-party applications. We will see the creation of a two-tiered robotics industry: the providers of hardware on one side, and those that build software on top of them on the other.

In time, software will replace hardware as the fundamental element in a robot’s worth. Security and reliability will remain the building blocks, with collaboration opening the doors to smarter robots, able to extend their lifespans through third-party apps.

To address this need, containerized software packages – easy to create, safe to run, and able to update automatically and transactionally to ensure a robot never breaks – are starting to emerge. Once a manufacturer opens up a robot’s APIs, developers can create their own programs and evolve the use cases of a machine.

The real value of a robot, therefore, will only arrive alongside a comprehensive app store, which continually adds value to the hardware.

Imagine a humanoid robot created as a companion for the elderly. Its purpose is to minimize loneliness, but there’s the potential to do so much more. Allowing control or sensor use via APIs, along with supporting external applications, could help elevate the robot beyond a single use case.

For example, monitoring a patient’s movements through cameras with consent could feed into research around arthritis. Measuring vitals after medication doses could assess the worth of new drugs. Integrating delivery platforms would transform the robot assistant into a personal shopper and concierge.

Access to an app store could open up alternative revenue streams, in which new functionality can be exchanged for a fee.

Subscription-based robotics models are already being implemented in an industrial setting by Small Robot Company, with farming-as-a-service ensuring farmers only pay for the exact work achieved by the robot, rather than the robot itself.

Businesses will then be able to learn on the job and develop solutions on top of the hardware, such as real-time packaging or predictive maintenance. Value, therefore, is extended beyond the initial point of sale.

Increasing robots’ longevity and usefulness through apps could hold the answer to accelerating their adoption across different industries for years to come.

As we learned from the Apple App Store, democratizing software distribution can be a game-changer and make a device much greater than the sum of its parts.