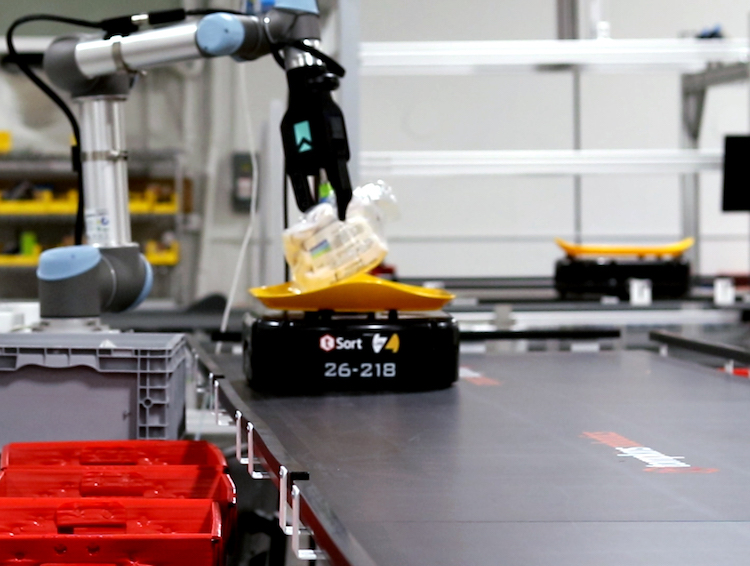 RightHand Robotics, a provider of integrated robotic piece-picking solutions, has secured $23 million in a Series B funding round led by Menlo Ventures, an active investor in the robotics sector.

GV, formerly Google Ventures, also joined this round along with existing investors, including Dream Incubator, Matrix Partners, and Playground Global.

RHR intends to use the funds to expand business and technical teams and broaden its suite of product applications in support of the company’s growing customer base.

Leif Jentoft, co-founder of RightHand Robotics, says: “This funding is a testament to our team’s intense focus on solving the critical challenge all our customers face – namely, how to respond to booming e-commerce growth given a scarcity of labor.

“We are aggressively investing in talent acquisition, international growth, and advancing our RightPick product line to meet these needs.”

RightHand’s RightPick platform addresses challenges that arise due to the rapid shift to online shopping and the need for retailers to compete by delivering individual goods directly to consumers when and where they want.

Fulfilling these e-commerce orders is much more labor-intensive than traditional retail store restocking, based on the number of “touches” each item requires.

Mark Siegel, partner at Menlo Partners, who will be joining RightHand’s board of directors, says: “We are thrilled to be leading this funding round.

“We have been continually impressed by RightHand’s customer traction and industry track record, with deployments in North America, Japan, and Europe.

“What inspired us to invest were the testimonials we heard from customers who have used RightHand’s technology and rank it highly with respect to range, rate, and reliability. It was clear that their systems can provide users with a long-term competitive advantage.”

“The founding team of roboticists at RightHand have the right expertise, full-stack product, and overall vision to make an impact on this growing market.”

The company also announced that Mick Mountz, founder and former CEO of Kiva Systems, recognized for launching the most widely deployed robotics solution in the world, will join the Board of Directors.

Mountz says: “RightHand is picking up where we left off.

“Customers saw products coming directly to operators for picking and packing and would ask: ‘Why don’t you also automate this step with a robotic arm and gripper?’ But that was a difficult problem that we knew would require years of research and technical breakthroughs.

“RightHand has, in fact, developed that solution – mastering the critical performance requirements of real-world distribution center environments. This funding round enables a very exciting phase of rapid roll-out and scale-up for the company.”