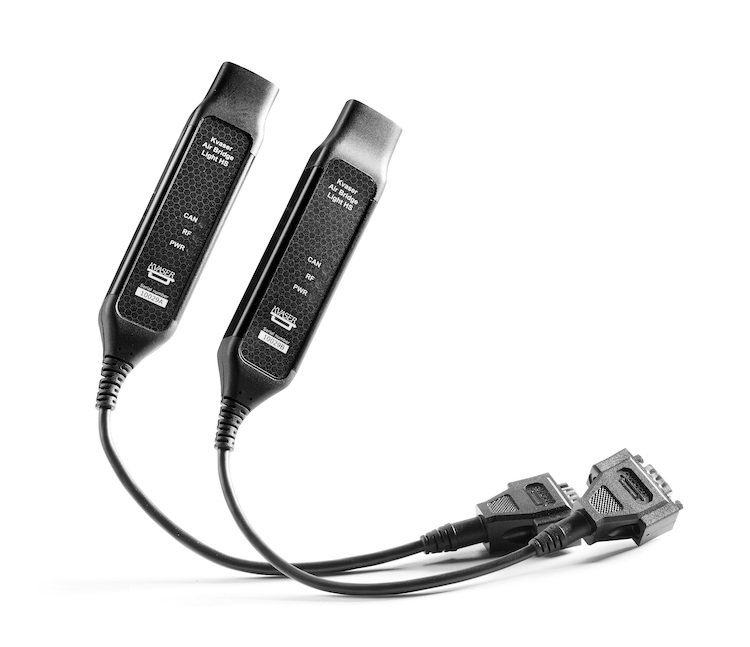 A CAN bus is a robust vehicle bus standard designed to allow microcontrollers and devices to communicate with each other in applications without a host computer.

Kvaser Air Bridge Light HS, the first in Kvaser’s new Air Bridge product line, facilitates the job of the system integrator in situations that make wired connection unsuitable or challenging, such as between two moving parts that are connected by CAN.

This makes the Air Bridge effective in infrastructure and control applications, where accurate message delivery times are essential. Transmission range is as much as 70 m, with a maximum data rate of 1200 messages per second and a packet latency of 4.8 ms.

Lars-Berno Fredriksson, president of Kvaser, says: “Cabling is convenient in most environments but in some, such as motion control, it is challenging to implement and costly to maintain.

“Kvaser Air Bridge Light is a preconfigured CAN bridge that minimizes set-up time, whilst maximizing performance in line-of-sight CAN implementations, such as vehicle testing, motion control and in situations where CAN cables are exposed to harsh environments.”

A key feature of the Kvaser Air Bridge Light is Automatic Baud Rate Detection, whereby the pair of devices automatically detects and connects to any of the following CAN network speeds: 1 Mbit/s, 500 Kbit/s, 250 Kbit/s, and 125 Kbit/s.

Auto Baud Rate Detection is carried out locally on the device, enabling the Kvaser Air Bridge Light HS to link two CAN networks that are operating at different bitrates.