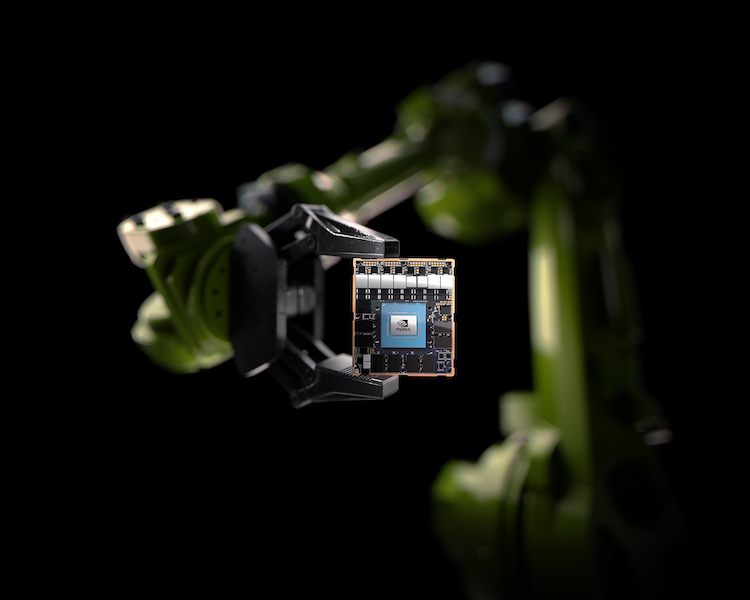 “It brings the power of the Nvidia AI platform to embedded devices like robots, drones… and other systems.”

“It’s the first architecture developed from the ground up for autonomous machines.”

Perhaps the most interesting aspect of the new module is that it comprises six different chips within the Xavier system on a chip, or SoC.

“We found that, from our work in self-driving cars, it’s important to have a diversity of processors onboard,” says Clayton.

“You have different types of sensor data that’s coming into the computer. That sensor data needs to be processed in different ways depending on what type of sensor it is.

“And in many cases, you want redundancy in processes. So, you might be answering the same question with different processing pipelines to see if you arrive at the same answer for redundancy purposes.”

Xavier was four years in development, adds Clayton, and is the result of a joint development effort between Nvidia’s software, hardware, systems, and process departments, and it’s been “optimised in every aspect”.

Nvidia’s wider ecosystem of development around the Jetson platform includes many of the leading robot makers, such as Fanuc and Kawada, as well as sensor companies such as Sick.

The module is now available through Arrow Electronics at a price of $1,099 for quantities of 1,000. Prices may vary across different Nvidia resellers.