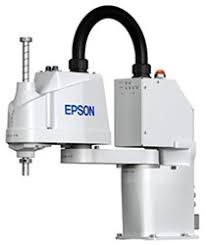 The jury will begin the task of judging the competition in January after shortlisting all submissions received. Shortlisted contestants will be invited to present their applications to the jury during a live judging session. Closing date for submissions is 15 December 2018.

The five jury members are:

Volker Spanier, head of robotics solutions for Epson Europe, revealed the jury members, saying: “It is fantastic to have such a wide range of experience, expertise and geographic representation on the board of jury members for this first edition of Epson’s win-a-robot competition.

“The jury will consider the value of the shortlisted projects with all aspects of automation development in mind and will select a winning project that demonstrates real innovation in robotics”.

He adds: “The interest that this contest has already received from across EMEAR has been inspiring and demonstrates the real and pressing desire from the next generation to better understand and develop robotics and automation solutions.

“Being able to support the provision of hands-on experience to students and research bodies alike, developing digital skills and understanding is something that Epson as a company is fundamentally committed to.”

Epson is one of the world’s largest robotics manufacturers and says it aims to make robotics more accessible across industries, to companies large and small with “a truly scalable and flexible robotics line-up”, including everything from the latest dual-arm technology with the WorkSense W-01 to the more affordable T3, T6 and VT6 models, offering “Just Enough Robot”.