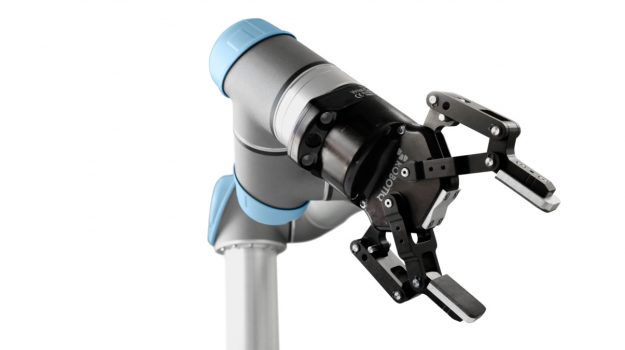 Robotiq, a provider of end effectors and software for the collaborative robotics market, has raised $31 million (Canadian) in funding from global investment firm Battery Ventures.

It is the company’s first round of institutional financing. As part of the transaction, Battery General partner Jesse Feldman, who specializes in industrial-technology investments, will join Robotiq’s board.

Robotiq – which makes equipment including specially designed “grippers” – says it will use the new money for product development, international expansion and enhanced support of its partner ecosystem.

The company was founded 10 years ago and spun out of a project at Laval University in Canada.

“What is amazing about these systems is how they work side-by-side with humans to improve quality, increase efficiency and minimize worker injuries. We could not be more excited to work with Battery Ventures—a firm that has demonstrated a commitment to innovation in both industrial technology and software—to take our company to the next level.”

Bouchard started Robotiq in 2008 with Vincent Duchaine and Jean-Philippe Jobin after the three met, as students, in a robotics lab at Laval. Jobin now serves as the company’s CTO, while Duchaine is a leading robotics researcher and professor at the École de Technologie Supérieure in Montreal.

Today, the company partners with more than 190 distributors in 48 countries and sells its products to manufacturers in industries including electronics, aerospace, automotive and others. Among those customers are global companies such as Assa Abloy, Continental Automotive and Saint-Gobain.

Battery’s Feldman says: “We have been tracking Robotiq and its experienced team for several years and are extremely impressed with the business the founders have built.

“Robotiq’s next-generation products are improving efficiencies at companies all over the globe and, more broadly, provide a glimpse of how new, interconnected technologies including robots, sensors and software are driving a new kind of industrial revolution with huge ramifications for the global economy and workforce.”

The systems can be used to help with manufacturing tasks including picking up and placing components or products; light assembly; finishing; and quality testing.