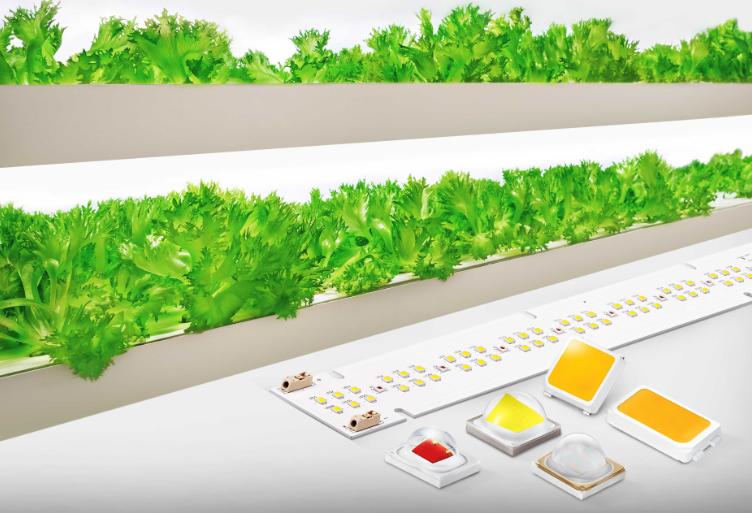 Additionally, the LEDs can help to improve the overall farming environment by enabling growers to observe plant conditions more easily and spot diseases, like damping-off, at an earlier stage under bright white lighting.

As high-efficiency and cost-effective alternatives to higher-priced red LEDs, full-spectrum LEDs can help lower the costs of a grower’s entire lighting system.

“We plan to further expand our horticulture offerings by integrating the latest in smart LED lighting technology, including Samsung’s leading sensor and connectivity solutions.”

In addition to its full-spectrum white LEDs, Samsung has added blue, red and far-red LEDs to its horticulture family to offer an extensive variety of wavelength combinations and meet the different design needs of horticulture lighting manufacturers.

Samsung’s horticulture LED packages are now in mass production for lighting manufacturers and growers worldwide. The modules will become available in the first quarter of 2019.