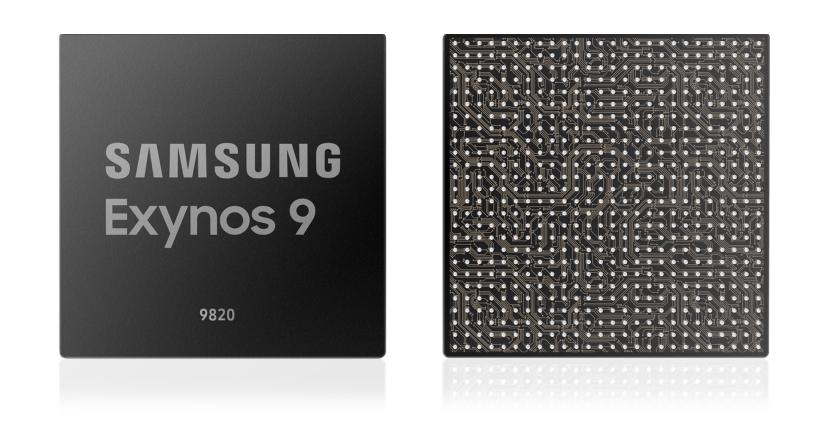 “The AI capabilities in the Exynos 9 Series 9820 will provide a new dimension of performance in smart devices through an integrated NPU, high-performance fourth-generation custom CPU core, 2.0Gbps LTE modem and improved multimedia performance.”

The Exynos 9820 is an intelligent powerhouse with a separate hardware AI-accelerator, or NPU, which performs AI tasks around seven times faster than the predecessor.

With the NPU, AI-related processing can be carried out directly on the device rather than sending the task to a server, providing faster performance as well as better security of personal information.

The NPU will enable a variety of new experiences such as instantly adjusting camera settings for a shot based on the surroundings or recognising objects to provide information in augmented or virtual reality (AR or VR) settings.

With an enhanced architecture design, the Exynos 9820’s new fourth-generation custom core delivers around 20-percent improvement in single core performance or 40-percent in power efficiency when compared to its predecessor which can load data or switch between apps much faster.

At 2.0Gbps downlink speed, an FHD high-definition movie (3.7GB) can be downloaded in about 15 seconds and massively multiplayer online games (MMOG) can be played with less lag.

With more aggregation of carriers than the previous solution along with 4×4 MIMO (Multiple-Input, Multiple-Output), 256-QAM (Quadrature Amplitude Modulation) scheme, and enhanced Licensed-Assisted Access (eLAA) technology, the modem delivers stable yet blazing speed on the go.

The Exynos 9 Series 9820 is expected to be in mass production by the end of this year.