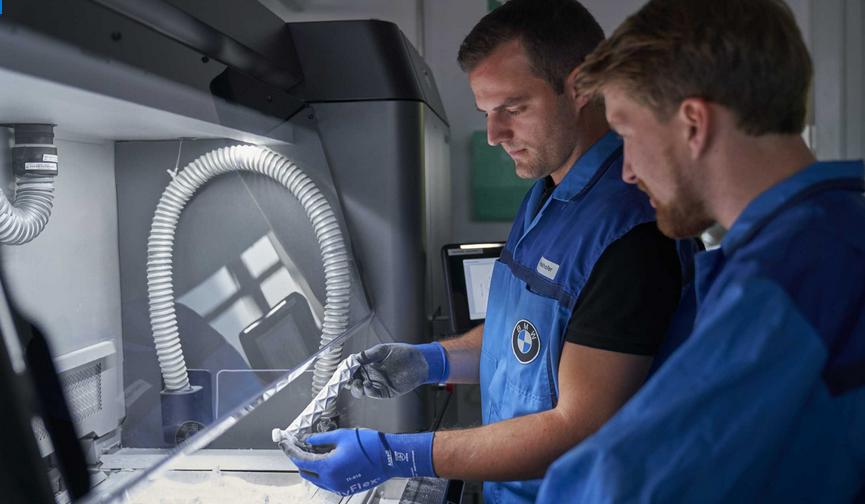 At the BMW Group, the use of 3D-printed components is on the rise.

Over the last decade alone, the company produced a million parts by this innovative method, and this year output from the BMW Group Additive Manufacturing Center is expected to reach over 200,000 components — a 42 percent increase on last year’s total.

Dr. Jens Ertel, Director of the BMW Group Additive Manufacturing Center: “The use of components made by additive manufacturing in series production of vehicles is increasing particularly strongly at the moment.

“We are following the development and application of advanced these manufacturing methods very closely indeed, partly through longstanding cooperations with leading manufacturers in the field.

“At the same time, we are engaging in targeted technology scouting and evaluating innovative production systems.”

Recently the BMW Group fitted its one-millionth 3D-printed component in series production: a window guide rail for the BMW i8 Roadster.

Thanks to the work of specialists at the Additive Manufacturing Center, the rail took just five days to develop and was integrated into series production in Leipzig shortly after. It is found in the door of the BMW i8 Roadster and allows the window to operate smoothly.

The component is manufactured by HP Multi Jet Fusion Technology, a high-speed method enhanced by the BMW Group in conjunction with HP and now in use in the series production of vehicles for the very first time. It can produce up to 100 window guide rails in 24 hours.

Meanwhile, the personalisation of vehicles and components by customers themselves is also becoming more and more important.

With the MINI Yours Customised product initiative, customers can design selected components themselves, such as indicator inlays and dashboard trim strips. They create their designs at the online shop and the parts are then 3D-printed to specification.

For the BMW Group, additive manufacturing will be a key future production method. The company first began using plastic and metal-based processes back in 2010, initially for the production of smaller series of components, such as the water pump pulley for DTM vehicles.

Further series applications followed in 2012, with various laser-sintered parts for the Rolls-Royce Phantom. Since last year, the fixtures for fibre optic guides in the Rolls-Royce Dawn have also been 3D-printed, and the luxury brand today incorporates a total of ten 3D-printed components into its products.