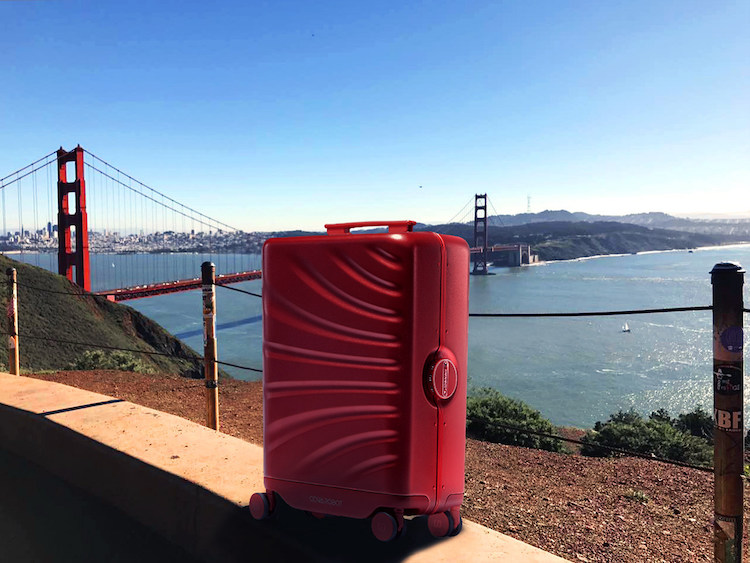 A startup company called Rover Speed has introduced what it claims is “the world’s first AI-powered autonomous driving suitcase” through its newly launched Kickstarter campaign.

But unlike other “smart travel” travel suitcase brands that have come and gone, Rover Speed says what sets its “travel robot” apart is its “effortless autonomous control, obstacle avoidance with smartphone tracking and notifications”.

The luggage – which has already surpassed its Kickstarter goal of $30,000 in just a week – is set to be released to early backers in January 2019. The suitcase will be available for pre-order for the next 20 days.

A “Delivery Before Christmas” limited offer will be available for backers in the US and China who pledge to support Rover Speed around Black Friday, November 23rd.

He Tao, Rover Speed’s CEO, says: “We’re thrilled to bring the Rover Speed smart luggage to the travelers everywhere. We are confident that travel pros will love the innovations this luggage essential will provide them.”

As your travel companion, the Rover Speed knows where you are and sends alerts when your luggage is more than two meters away, ensuring your belongings are secure at all times.

So whether you’re roaming through the duty-free store for deals or rushing to catch a flight, this self-driving suitcase will be right there with you.

Rover Speed is manufactured with only the highest quality materials that will withstand the rigorous wear and tear of travel, including cracked sidewalks, taxi trunks, and automated airport baggage handling.

The company says its “many high-end features” include an artificial intelligence powered guidance system and smart auto-follow via radar and camera sensors, among countless essentials.

Rover Speed will also include the following:

The Rover Speed product is available for pre-order in Phantom Black and Racing Red through their official Kickstarter campaign. Rewards include a two-pack luggage set, and early bird special pricing, among others.