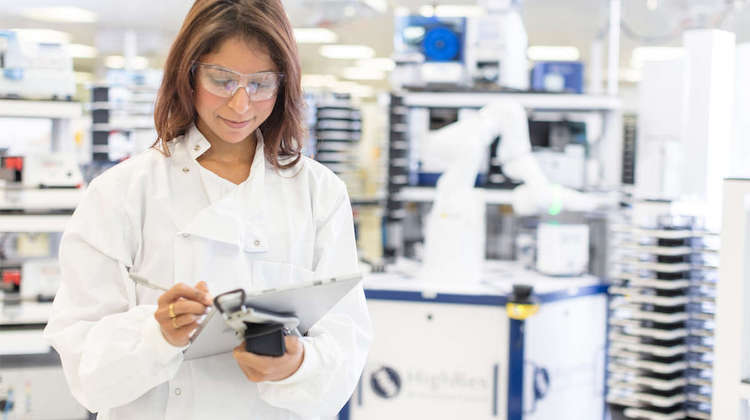 In partnership with Intelligent Automation in Life Science

An overly simple example might be setting up an auto-response on your email account for when you’re not around to answer a sender’s email yourself.

But that really is a gross over-simplification compared to what RPA can do. In theory, any task currently completed by a human could be done with RPA.

Which means RPA is extremely powerful. It can make business more efficient, increase productivity, eliminate human errors, and can be applied to any industry.

In life sciences, for example, one of the largest companies in the world, AstraZeneca, asked management consultant Deloitte to implement an RPA solution that would help the pharmaceuticals giant deal with what are called “Adverse Event reports”.

An Adverse Event is described as “any untoward medical occurrence” in a patient receiving a medicine.

These events can range from ones that are considered not serious, such as nausea to more serious ones such as malignancy.

A couple of years ago, dealing with such a process, fraught with potential difficulties, as one can imagine, was largely a manual job.

Millions of human-work hours were spent a year processing and closing the events, so Deloitte approached AstraZeneca with an RPA solution that would save time and money.

Because it was the healthcare sector, and because it had never been done before, Deloitte’s RPA solution for automating AstraZeneca’s adverse event handling processes was required to undergo full computer systems validation to demonstrate regulatory compliance before application.

Deloitte says the RPA solution delivered a “step-change in productivity”, allowing AstraZeneca to free up resources to focus on value-adding activities, and manage future workloads without increasing costs, compromising quality, or jeopardizing compliance.

Deloitte says: “The solution has improved job-satisfaction for AstraZeneca patient safety teams, and is believed to improve response rates from healthcare professionals.

“Pharmaceutical companies, their regulators, and the patient population can now have greater confidence in the safety and efficacy of marketed medicines.”

Whatever the definition, most people might agree that whatever can be automated will eventually be automated. Which, in turn, means that the market for RPA, AI or whatever you call it is absolutely humungous – applicable as it is to virtually any industry and business.

But staying with the life sciences and pharmaceuticals sector for now, another consultancy, EY, says Adverse Event cases is “a key area that could benefit from RPA”.

EY says: “With pressure to be more efﬁcient, companies need to be able to process this increased case load while maintaining their current cost base.

“Fifty percent of pharmacovigilance resources are currently spent on managing cases that require integration of data that varies in quality, structure and format.”

EY projects that by automating such manual steps the typical top biopharma can reduce time spent on pharmacovigilance by 45 percent, with “potential multimillion-dollar annual savings”.

There are, of course, many other areas even with life sciences and pharma that could use RPA, including the one that might be more obvious to observers – clinical trials.

Clinical-stage studies – phases 1 to 3 – cost an average of $1.1 billion over more than six years, according to EY.

The clinical development stage is, therefore, “one of the most expensive and critical in the life sciences value chain”, says EY.

While the science underpinning the molecules being tested is very sophisticated, the actual oversight process is highly manual and paper-based — despite the use of sophisticated software to track data from multiple sources.

RPA is of greatest value when used for rule-based, repetitive processes in drug development operations.

Pharmacovigilance can be one of the stages of clinical studies, and so is what’s called “trial master process”, where, apparently, a lot of data are still entered or recorded manually, rather than through an automated process, which is something RPA could do.

As well as being able to make the clinical trials process more efficient, RPA can automate most if not all the back-office operations, from regulatory compliance to marketing.

Basically, there’s not much RPA can’t do in a digitalized business.

And, according to Deloitte, solutions can be developed and implemented in a relatively short time. The Adverse Events RPA it supplied to AstraZeneca is said to have taken six weeks to build.