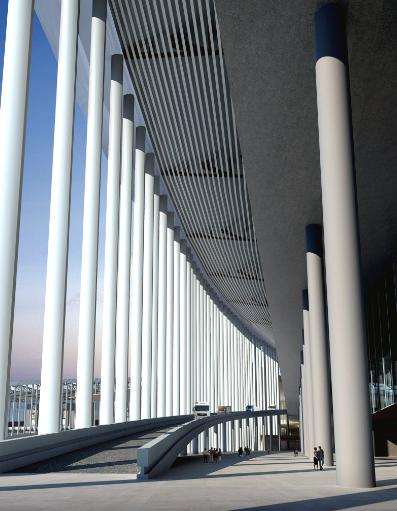 The first China International Import Expo (CIIE), an important platform to promote bilateral trade relations between China and the world, will take place from 5 to 10 November at the National Exhibition and Convention Center in Shanghai.

The Expo, along with a series of related forums and activities, is poised to welcome over 3,000 firms from more than 130 countries and regions, including about 200 industrial leading companies, and attract over 150,000 domestic and foreign buyers.

Jointly hosted by the Ministry of Commerce and the Shanghai Municipal People’s Government, CIIE will feature more than 100 new products, technologies and cutting-edge solutions across a total of 270,000 m2.

Under the theme of “New Era, Shared Future” and to support the country’s “Made in China 2025” program, the Expo will set up a smart and high-end equipment exhibition area to provide the world’s leading technical equipment and smart manufacturing enterprises with a platform to showcase their advanced technology and solicit cooperation agreements.

The Expo will showcase China’s status as a global manufacturing powerhouse whose output accounts for 20% of the world’s total, as well as the fact that it is one of the world’s largest equipment consumer markets.

Covering an area of 60,000m2, the smart and high-end equipment exhibition area will host exhibitors from over 60 leading companies, mostly from Europe, the U.S. and Japan.

According to China International Import Export Bureau, the smart and high-end equipment exhibition has received widespread attention from buyers.

The technology can achieve a high-speed broadband connection of 30 megabits per second, which is equivalent to watching two movies at the same time while making video calls. At present, this technology has been used in some places where WIFI cannot be deployed.

The Expo will also organise a series of relevant activities for exhibitors and buyers, including economic and trade forums, business matchmaking meetings, industry seminars, new technology and product launches, among others.

About the China International Import Expo

The China International Import Expo (CIIE) is the first exhibition of its kind is supported by international organisations including the WTO, UNCTAD, and UNIDO.