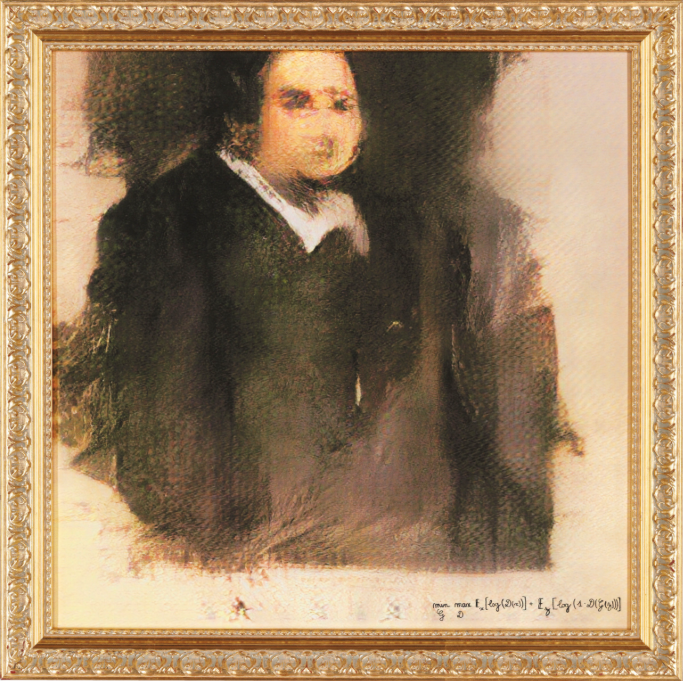 The painting, called “Portrait of Edmond Belamy”, sold for “an incredible $432,500”, in Christie’s own words on its website.

The auction house says the sale is “signalling the arrival of AI art on the world auction stage”.

Christie’s says the painting, if that is the right term, is one of a group of portraits of the fictional Belamy family created by Obvious, a Paris-based collective consisting of Hugo Caselles-Dupré, Pierre Fautrel and Gauthier Vernier.

They are engaged in exploring the interface between art and artificial intelligence, and their method goes by the acronym GAN, which stands for “Generative Adversarial Network”.

Caselles-Dupré says: “The algorithm is composed of two parts. On one side is the Generator, on the other the Discriminator. We fed the system with a data set of 15,000 portraits painted between the 14th century to the 20th.

While the sale price of this particular painting is not typical of AI art, there does seem to be some interest in the form.

The Robot Art competition recently gave away $100,000 to artists who used robots and AI to produce what looked like visually interesting works.