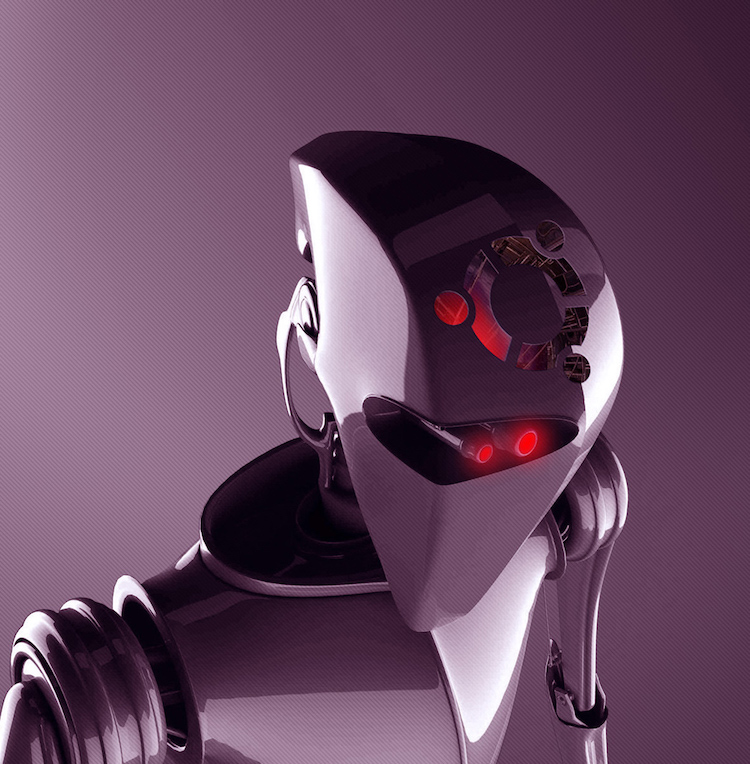 By Kyle Fazzari, software engineer and roboticist at Canonical, the company behind the Ubuntu operating system

There’s no such thing as an overnight success. Time and again, it’s the desire to tweak, modify and update which separates a great idea from real-world achievements.

With Apple as the first business to cross the $1 trillion threshold, there’s no better example of this than the iPhone. As a singular product it still doesn’t boast the best camera, the most storage, or fastest processor on the market. So where does the secret to longevity lie? And what can robotics learn from Apple’s flagship product?

The realisation that the iPhone could be more than just the sum of its parts has ensured its continued dominance.

From touch screen to biometric safe, a camera in your pocket to a comprehensive suite of photographic tools, and a web browser that has learnt to leverage AI to speak every language known to man.

Evolution is the answer: the App Store is the story.

The App Store turned a singular device into a multi-tasking necessity for millions of consumers. And the iPhone remains a vessel for developers, entrepreneurs, and data scientists in their pursuit for more.

Other technologies, however, are beginning to take note, having learnt that openness and the integration of new features is the best way to future proofing your product.

It’s only a matter of time before robots, and the companies behind them, learn to do this with ease, opening up new revenue streams in the process.

According to a recent IDC report, worldwide spending on robotics hardware, software, and wider services will reach $230.7 bilion by the year 2021. Robots already capture the headlines – both positive and negative – and attract some of the brightest talent.

There’s no doubt it’s one of the most exciting industries and transformative technologies of our time. In its current form, however, it also happens to be one of the most limiting.

That’s not to say amazing work is not done every day. Take the Google-funded RangerBot – an underwater machine whose job it is to track down one deadly species of starfish responsible for coral reefs destruction.

And even closer to home, the likes of iLife or Ecovacs and their robot mops to keep your floors clean. Impressive indeed, but all robots designed with a single purpose in mind.

Getting the fundamentals right is crucial – from updating the operating system to security – but it’s also important to ask the question: “What next?”

We’ve seen a number of robotics companies that run Ubuntu tackle a very particular issue when first bringing a robot to market, before looking to build on that success.

Take Small Robot Company, and its array of agricultural bots – Tom, Dick and Harry – each designed to care for individual crops within a farmer’s portfolio. Or BotsAndUs, and its autonomous assistant, Bo.

For these companies, one robot could be the end-game. The opportunity to deliver ongoing rewards, with a single robot the enabler of multiple and varied solutions.

The future of robotics lies in all-purpose; those that can adapt over time and take on new capabilities through a comprehensive set of third-party applications.

Not every robot needs to be all-purpose – or even multi-purpose for that matter – because there will always be a need for highly specialised solutions to particular problems.

But the existence of all-purpose robots will have broad implications, both for businesses and the technology.

Crucially, we’ll see the creation of a two-tiered robotics industry: the providers of hardware on one side, and those that build software on top of them on the other.

In time, software will replace hardware as the fundamental element in a robots worth.

Security and reliability will remain the building blocks, with collaboration opening the doors to smarter robots, able to extend their lifespans through third-party apps.

That’s where a technology like Ubuntu Snaps comes in.

Snaps are containerised software packages, easy to create, safe to run, and with the ability to update automatically and transactionally to ensure a robot never breaks.

Once a manufacturer opens up a robot’s APIs, developers can create their own programs and evolve the use cases of a machine.

The real value of a robot, therefore, will only arrive alongside a comprehensive app store, which continually adds value to the hardware.

Imagine a humanoid robot created as a companion for the elderly. Its purpose is to minimise loneliness, but there’s the potential to do so much more.

Allowing control or sensor use via APIs, along with supporting external applications, will help elevate the robot beyond a single use case.

Monitoring a patient’s movements through cameras with consent, for example, could feed into research around arthritis; measuring vitals after medication doses would assess the worth of new drugs; and integrating delivery platforms would transform the robot assistant into a personal shopper and concierge.

All this will ensure the companion continues to cater to the needs of its audience.

Even if the robot isn’t general-purpose, access to an app store can still open up alternative revenue streams, in which new functionality can be exchanged for a fee.

Subscription-based robotics models are already being implemented in an industrial setting by SRC, with farming-as-a-service ensuring farmers only pay for the exact work achieved by the robot, rather than the robot itself.

Businesses will then be able to learn on the job and develop solutions on top of the hardware, such as real-time packaging or predictive maintenance. Value, therefore, is extended beyond the initial point of sale.

Robots remain a luxury to the ordinary person. Increasing their longevity and use through apps, however, could hold the answer to accelerating their adoption across different industries.

Lower cost automation will benefit from the creation of a robotics app store, while developers can leverage Snaps to revolutionise a robot’s initial purpose and continue to innovate.

A perfect robot does not have to be general-purpose, but the software opportunities they create will ensure robotics continues past the point of sale, benefitting both the business and buyer.