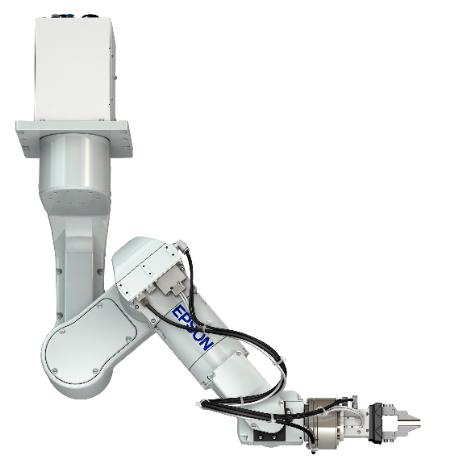 “Force Guide is a revolutionary force control system that is opening up possibilities for robot automation in areas that were not possible before,” said Gregg Brunnick, director of product management for Epson Robots.

Also at the show, the company announced the expansion of its T-series with the SynthisTM T6 All-in-One SCARA robot.

The T6 is ideal for simple applications such as pick and place, assembly, parts handling and dispensing applications in industries ranging from automotive and medical development, to lab automation, consumer electronics, electronic components and industrial.

It features the All-in-One design with built-in controller (housed in the robot base) and power for end-of-arm tooling, runs at 110V or 220V and requires no encoder battery, minimising factory downtime for maintenance. The T6 expands the line-up to include payloads of up to 6kg, longer reach of up to 600 mm, and the ability to handle multiple tools.

“Following the tremendous success we have had with the T3, we are bringing to market the T6 to meet the need of customers requiring larger payloads,” said Gregg Brunnick, director of product management for Epson Robots.