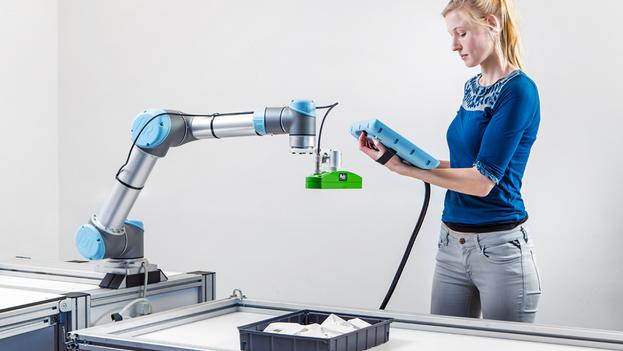 Pick-it and Zivid, two leading players in robot vision hardware and software, have joined forces to accelerate the adoption of robotic 3D vision for small- and medium-sized enterprises (SME).

The European based company Pick-it NV has chosen Zivid AS and its 3D colour camera to offer co-bots and industrial robots of all major brands a plug-and-play solution for pick-and-place applications.

Pick-it is releasing the Pick-it M-HD (High Definition) solution consisting of the Zivid 3D camera, an advanced vision processing unit, and easy to use software tools.

This will enable robot operators to quickly get started with 3D bin-picking. Using HD 3D colour vision that can handle all sorts of objects, whether it be tiny or shiny, the Pick-it software now detects parts that are 10x smaller with 30x increase in picking accuracy than before.

“In order to get more robots in medium- and small-sized factories, we need to give the robots the ability to recognise any possible object in their environment,” says Bert Willaert, CTO at Pick-it.

“Similar to humans, the Pick-it system learns by looking at a target object once, and with the Zivid 3D camera, Pick-it enables robots to see like humans and guides robots to immediately pick up objects.”