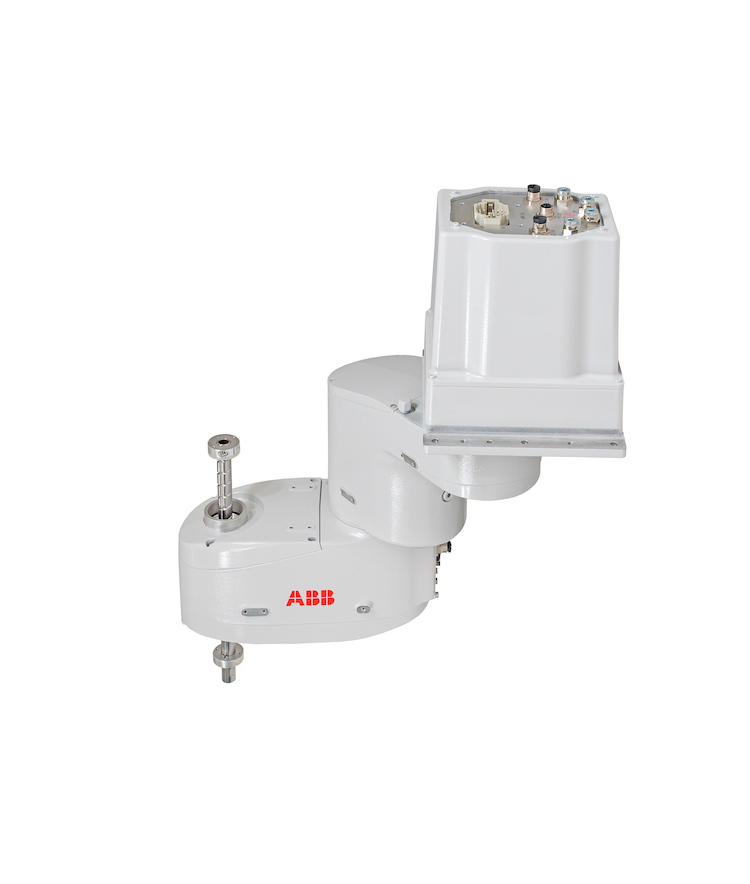 The company adds that ceiling mounting also allows the IRB 910INV to collaborate with other robots and machines simultaneously in the same footprint, further boosting productivity.

Per Vegard Nerseth, managing director of robotics at ABB, says: “Since we introduced our SCARA robot line, customers have been interested in a ceiling-mounted version that would allow them to make more efficient use of confined spaces.

“We are pleased to showcase our new IRB 910INV, which brings the flexibility our customers are looking for along with the same superior speed and accuracy they’ve come to expect from ABB.

“The IRB 910INV is also a reflection of the new design approach we announced earlier this year, which allows us to create a wider variety of robot sizes and variants and combine them into tailored solutions. It will make a great addition to our growing line of small parts assembly solutions.”

The IRB 910INV has the same best-in-class motion control as the original ABB IRB 910 family, for repeatable point-to-point accuracy in picking and placing, assembly, and testing.

ABB’s SCARA robots are ideal for applications that require fast yet highly accurate point-to-point movements, such as electronics assembly, laboratory automation, and dispensing.

The IRB 910INV is expected to be available for order in December, 2018.