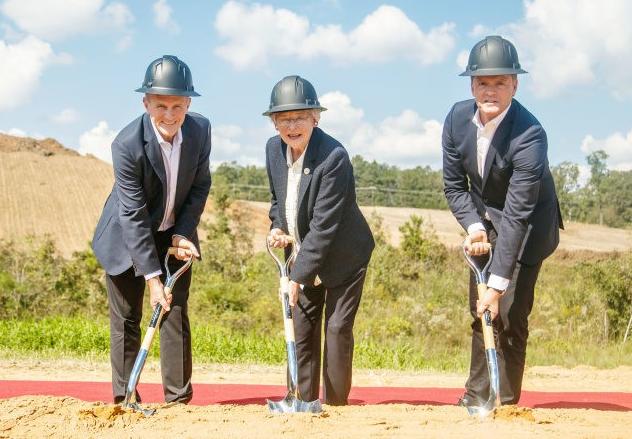 Mercedes-Benz Cars has held a groundbreaking ceremony, marking the start of the construction of a new battery factory. The factory will be built near the vehicle production site in Tuscaloosa, Alabama, USA, providing batteries for future electric SUV under the product and technology brand EQ.

Markus Schäfer, Member of the Divisional Board of Mercedes-Benz Cars, Production and Supply Chain, attended the ceremony: “We aim to play a pioneering role in the development of e-mobility and are well prepared to accomplish this mission.

“One year ago, we announced $1 billion investment in Tuscaloosa mostly for the production of electric SUVs and a battery plant. We are bringing electric mobility for Mercedes-Benz to the United States. Around the globe, we are preparing six sites for production of EQ models and our battery network will consist of eight factories.”

The new production site for batteries – along with the new Consolidation Center – is located seven miles from the Mercedes-Benz Cars vehicle production site in Tuscaloosa.

More than $6 billion has already been invested in the Tuscaloosa plant since 1995. The additional $1 billion will help Mercedes-Benz Cars expand its industrial footprint in the region, most of which is slated for the electric initiative.

The worldwide network of battery factories allows Mercedes-Benz to react flexibly and efficiently to market demands and requirements. The different sites supply local vehicle production and are ready to export batteries, if required.