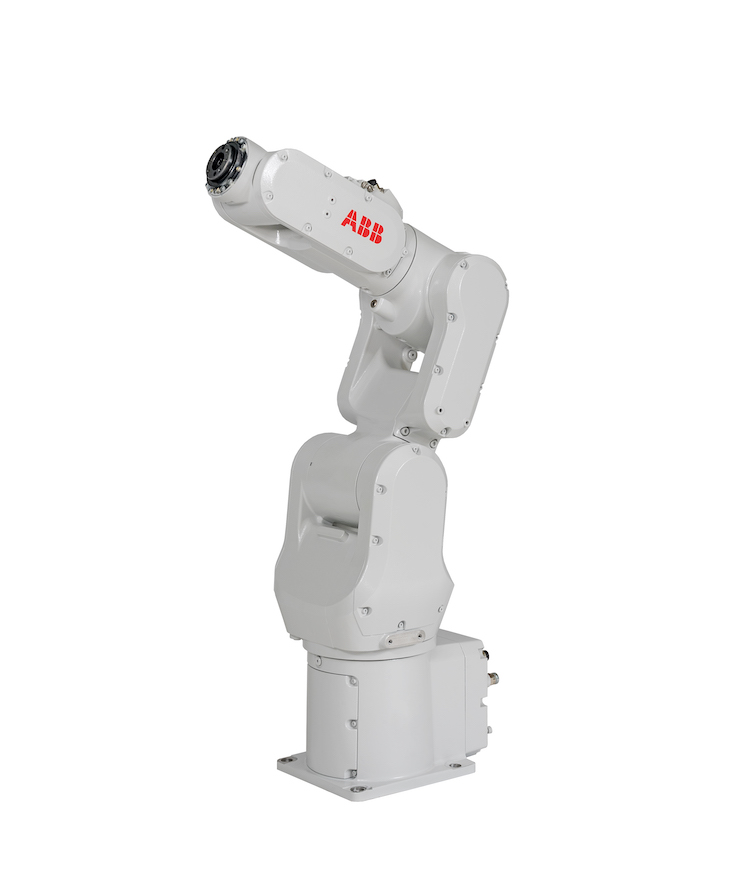 ABB has launched what it describes as its “most compact and lightweight 6-axis robot ever”.

ABB introduced the IRB 1100 at the China International Industry Fair 2018 in Shanghai – its smallest, lightest robot to date as part of its growing offering of solutions for small parts assembly.

The IRB 1100 was designed to meet the unique challenges of semiconductor, pharmaceutical and electronics manufacturers, who need to handle small and often delicate parts while working at speed and maintaining both high productivity and quality.

The IRB 1100 has a ten percent smaller footprint and a 20 percent lighter, slim body compared to previous robot generations that can flexibly be deployed in confined spaces and into existing automation lines.

Per Vegard Nerseth, managing director of robotics at ABB, says: “Manufacturers today need to squeeze every drop of value out of their factories – from their automation systems and even their floor space.

“The IRB 1100 is designed to support both these imperatives and create opportunities to maximize the efficiency of every single centimeter of production.

“This is ABB’s most compact and lightweight robot ever, and a great addition to our small parts assembly solutions portfolio.”

The IRB 1100 is also among the first of a new era of robots built around ABB’s new flexible design approach, which will help introduce a wider variety of robot sizes and variants that can be combined into tailored solutions.

IRB 1100 will be certified for cleanroom applications in the future and is available in two variants – one with a 4kg payload with 475 mm reach, and one with a 4 kg payload and 580mm reach.