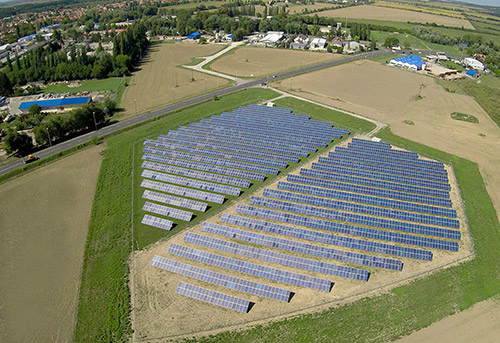 Recom Solar has increased its European production capacity by one gigawatt, and now claims to be Europe’s largest manufacturer of solar products.

Recom, which makes photovoltaic modules, is expanding its production capacity through a series of activities at its existing and new European manufacturing sites.

In a statement, Hamlet Tunyan, co-founder and CEO of Recom, says: “We have reached the strategic decision to keep investing in Europe, traditionally marked by high-quality and stringent production.

“With increased automation of manufacturing processes and advanced planning technology we can offer European-made panels at today’s internationally competitive market prices. It was a combination of these factors that have led us to the decision of adding 1 GW of added capacity in Europe all within the next eight months.

“The expansion of our Recom Sillia facility to 300 MW in France will be completed until the end of this year. It will ensure that we can respond quickly to the growing demand for high quality and domestically-produced panels with low-carbon footprint.

“At the same time, our new facility in Armenia coming online soon with a total capacity of 700MW in cells and modules will serve other markets, such as USA, Middle East and EU, which are also driven by the need for superior standards of quality and a long-lasting product dedicated to the reduction of environmental pollution.”

Arsen Gasparyan, senior advisor to the prime minister of Armenia, says: “We are glad that the European PV manufacturer, Recom, is coming to Armenia to produce solar modules and cells.

“The government gives great importance to the Recom project, which could reinforce our vision of becoming a vibrant part of global clean energy production as well as improving our environment and the life of our citizens.”

Recom’s existing production of solar cells and modules in Italy and France has contributed to the completion of “a long track record of successful solar projects worldwide”.

Recom says its diversified and “constantly expanding production capacity” demonstrate its capability to respond to demands coming from different markets, regardless how exigent the regulatory, technical and commercial requirements are.