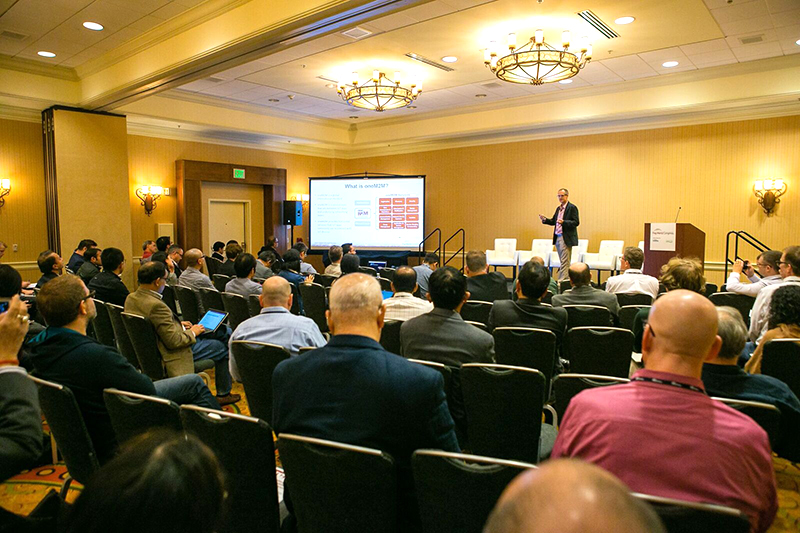 When you arrive at Fog World Congress 2018, watch out for the robots. Autonomous mapping robots will be traversing and mapping the venue floor in real-time for conference attendees. It’s fog in action, designed to validate that fog computing systems from various domains can communicate, explained conference organizers.

Scheduled for October 1-3 in San Francisco, Fog World Congress 2018 is the largest gathering of fog computing leaders and edge influencers worldwide. It is produced by the OpenFog Consortium in collaboration with IEEE Communications Society.

A live, proof-of-concept demonstration of the autonomous mapping robots will take place in the exhibitor area during the conference.

The purpose of the demo is to validate that fog systems belonging to different domains can communicate with each other. These proof-of-concept robots are designed based on the OpenFog Consortium OpenFog Reference Architecture, which has been adopted in the IEEE standard for fog computing.

In the demo, three separate domains – Japan, Shanghai and Taiwan – will collaborate to jointly map the venue floor in real time and display a complete map to visitors via a website.

The robots are equipped with LADAR (LAser Detection and Ranging) to collect sensing data and SLAM (Simultaneous Localization and Mapping) algorithms located in the fog nodes’ gateways to generate the maps.

The robots from these different domains will continuously roam separate areas of the conference venue, collecting sensor data. Each sensor will send data to separate fog nodes, where SLAM algorithms will be used to generate partial maps of the scanned venue floor. The respective fog nodes will produce the domain maps, separately from Shanghai and Taiwan. The maps will be combined into a complete map in the third, located in Japan. The complete map will be continuously updated over the web in real-time and displayed at the Interoperability Demo booth.

“This proof-of-concept will confirm the effectiveness of fog computing, using a combination of fog devices, fog nodes and a cloud system,” said Ming-Tuo Zhou, Chair of the Testbed Working Group of OpenFog Consortium, and Group Leader at the Shanghai Institute of Fog Computing Technology, a joint laboratory of ShanghaiTech University and the Shanghai Institute of Microsystem and Information Technology, Chinese Academy of Sciences.

“It will also confirm the value of the OpenFog standard to enable system interconnection between different domains.”

“Most importantly, this type of robot can be applied across many industries and scenarios, including the aftermath of disasters and search and rescue missions,” said Ming-Tuo. “Any industry that requires mapping can greatly benefit from this technology, which makes this an exciting time for the industry and for Fog World Congress 2018.”

The event provides a platform to showcase fog computing use cases, architecture, standards, developments and research.

The event culminates with Fog Tank, which showcases leading innovators in fog technologies and applications as they take the center stage with investors.