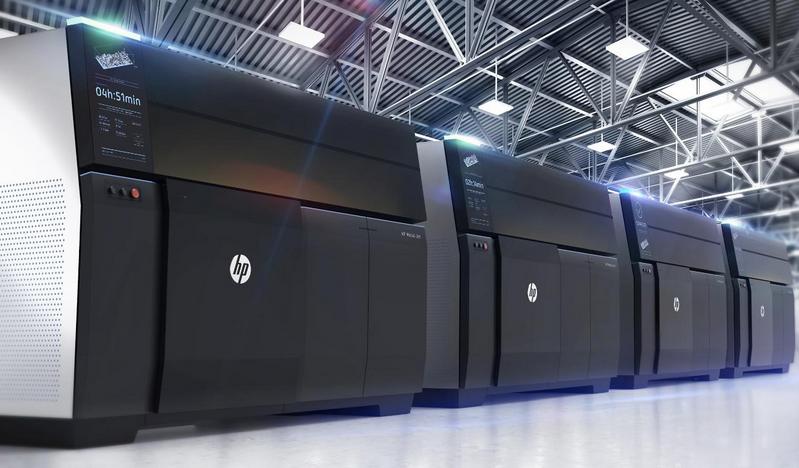 HP launched HP Metal Jet at the 2018 International Manufacturing Technology Show (IMTS) this week. The company claims it is the world’s most advanced 3D printing technology for the high volume manufacturing of production-grade metal parts.

Providing, it says, up to 50 times more productivity at a significantly lower cost than other 3D printing methods, HP Metal Jet is being deployed by manufacturing leaders GKN Powder Metallurgy and Parmatech for the factory production of final parts.

“We are in the midst of a digital industrial revolution that is transforming the $12 trillion manufacturing industry,” said Dion Weisler, CEO and President, HP Inc.

“HP has helped lead this transformation by pioneering the 3D mass production of plastic parts and we are now doubling down with HP Metal Jet, a breakthrough metals 3D printing technology.

“The implications are huge – the auto, industrial, and medical sectors alone produce billions of metal parts each year.

“HP’s new Metal Jet 3D printing platform unlocks the speed, quality, and economics to enable our customers to completely rethink the way they design, manufacture, and deliver new solutions in the digital age,” he added.

With a bed size of 430 x 320 x 200 mm, 4x the nozzle redundancy and 2x the printbars, and significantly less binder by weight, HP Metal Jet is claimed to deliver greater productivity and reliability at a low acquisition and operational cost compared with other metals 3D printing solutions.

In an industry-first collaboration, HP is partnering with GKN Powder Metallurgy to deploy HP Metal Jet in their factories to produce functional metal parts for auto and industrial leaders including Volkswagen and Wilo.

“We’re at the tipping point of an exciting new era from which there will be no return: the future of mass production with 3D printing. HP’s new Metal Jet technology enables us to expand our business by taking on new opportunities that were previously cost prohibitive,” said Peter Oberparleiter, CEO of GKN Powder Metallurgy.

Volkswagen is integrating HP Metal Jet into its long-term design and production road-map. The collaboration between Volkswagen, GKN Powder Metallurgy and HP has resulted in the ability to move quickly to assess the manufacturing of mass-customisable parts such as individualised key rings and exterior-mounted name plates.

As new platforms such as electric vehicles enter mass production, HP Metal Jet is expected to be leveraged for additional applications such as the lightweighting of fully safety-certified metal parts.

“The auto industry is being revolutionized – not only do customers now expect personalization, but by 2025 the brands of Volkswagen Group will have introduced 80 new electric models,“ said Dr. Martin Goede, Head of Technology Planning and Development, Volkswagen.

“A single car consists of six thousand to eight thousand different parts. A big advantage of an additive technology like HP Metal Jet is it allows us to produce many of these parts without first having to build manufacturing tools,“ he added

To serve the medical industry, HP is also partnering with Parmatech, an ATW Company, to expand mass production of Metal Jet parts for customers including OKAY Industries, Primo Medical Group, and others.

“We are excited to deploy HP Metal Jet in our factories and begin manufacturing complex parts, such as surgical scissors and endoscopic surgical jaws, and new applications and geometries not possible with conventional metal fabrication technologies,“ he added.

In first half of 2019, customers will be able to upload 3D design files and receive industrial-grade parts in large quantities from the new Metal Jet Production Service. The parts will be produced by HP partners GKN Powder Metallurgy and Parmatech.