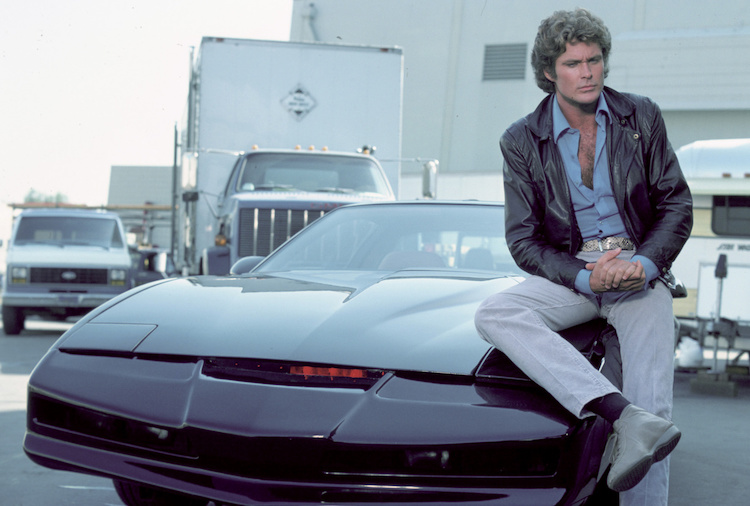 Kitt, which was actually a Trans-Am in real life, could talk and hold conversations with Hasselhoff’s character, as well as drive itself, and thwart a variety of bad guys at the same time every week.

The new generation of talking cars emerging in real life now are not equipped to drive the car by themselves, but that’s probably only a matter of time.

At least two automakers are installing what are called “intelligent assistants” or “smart assistants” into their new production cars.

Groupe PSA, which owns marques such as Peugeot, Citroën and DS, is working with a speech recognition company and artificial intelligence developer called SoundHound with a view to installing talking systems into their cars within two years.

Groupe PSA says the digital personal assistant will be able to act on its own to perform a variety of tasks, such as finding a restaurant that meets several criteria – for example, open on Sunday evening, and activate vehicle functions and launching connected services.

It also claims it to be “the world’s fastest speech recognition technology”.

“With a single voice command, drivers will be able to simultaneously regulate temperature, ventilation and the direction of air conditioning,” says the automaker.

The company adds that the “unique Deep Meaning Understanding technology developed by SoundHound is the only solution that, like a human being, can instantly answer multiple questions asked in a single sentence”.

Meanwhile, BMW is set to bring talking cars to the market somewhat sooner, claiming it will have them ready before the end of this year.

The BMW Intelligent Personal Assistant is designed to respond to the words “Hey BMW”, which is reminiscent of the “Hey Siri” prompt used to activate Apple’s intelligent assistant.

BMW appears to have worked with Apple and Google in the past, but now seems to have gone with the competing Amazon Alexa system.

However, the company says its talking car can converse – or integrate – with other AI systems, and there are many on the market, including Google and Amazon, of course, but also Apple’s Siri.

BMW has invested heavily in information technology infrastructure, building a massive data centre to cope with the huge flow of data from its cars, and operates what it describes as an “Open Mobility Cloud” to run the AI applications.

BMW’s personal assistant will be available to order for the new BMW 3 Series from November 2018 and will be included for three years. Other BMW models will be added early next year.