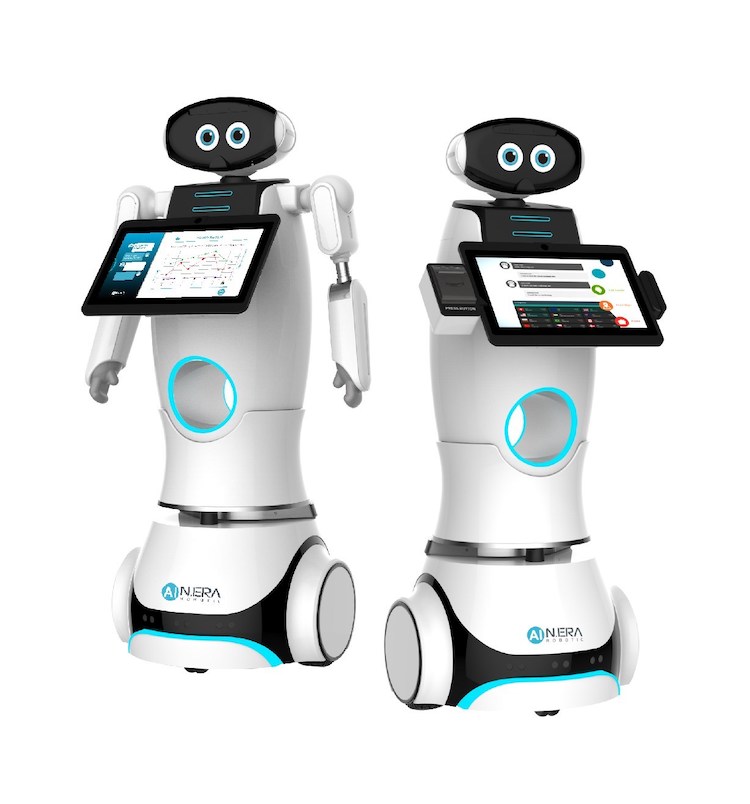 New Kinpo says New Era is “designed to extend its combined additive manufacturing and robotics leadership and presence in North America”.
In support of this new development, the company is showcasing several new AI-powered factory and service robotics from New Kinpo Group at IMTS 2018.

Simon Shen, CEO of New Kinpo Group, says: “We are pleased to bring our tried and proven AI-powered robotics capabilities to IMTS.

“As one of the world’s largest global electronics contract manufacturing service providers, we practice industry 4.0 inside our factories every day.

“In fact, for nearly twenty years we have been developing proprietary factory and service robotics technology for our own internal use.

“Now after decades of internal development and large-scale deployment of robotic systems within our own factories around the world, we are thrilled to unveil our latest solutions at IMTS for the benefit of global manufacturing and service customers.”

The company is inviting interested customers to apply for its early access program, and qualified resellers, robotic system integrators and end-users alike to visit its booth, No. 121231, East Building, Level 2 at the McCormick Place, Chicago, USA.

This smart delivery robot is equipped with autonomous navigation that is fully capable of handling the most demanding delivery tasks.

The M01 is able to perform indoor SLAM based on industrial strength LiDAR, without the need for guided magnetic strip or UWB (Ultra-Wideband) in situ installation.

M01 is perfect for space constrained areas such as elevators or office corridors and is capable carrying up to 100kg of payload.

The M01 comes with a fleet management system that allows customers to monitor every robot and is capable of instant task assignment. It works on public and private cloud while supporting over-the-air updates.

Because every C01 and M01 installation requires system customization and integration, the company is inviting qualified robotic system integrators to learn the full specifications and functionalities by visiting its website.

At IMTS in Chicago, NKG is also unveiling for the first time the capabilities of its ChessBoard robots that automate the entire factory material handling operations.

For the past decade, NKG developed a ‘Kiva-like’ family of ChessBoard robots to fully automate its materials handling delivery system throughout its own factories worldwide, and successfully deployed more than 1,000 AGV robots in its operations.

This development and global deployment resulted in significant cost savings, says the company.

NKG uses AGV systems in many of its own factories including China, Thailand, Malaysia, Philippines, Mexico and Brazil.

The cost savings are mostly derived by simply improving internal material handling efficiency with cycle times and human resources reduction by saving the efforts of transporting materials back and forth between areas and packing stations.