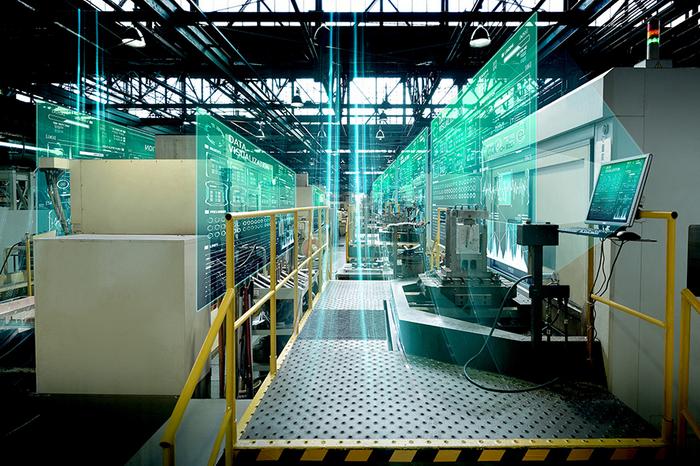 Also, a factory’s overall performance can be evaluated in parameters known as its “Energy Cloud Score”, a newly devised key performance indicator system that integrates, indexes and measures the production process productivity and energy consumption.

MHPS’ Takasago Works says it has already achieved “today’s most advanced level of digitisation”, derived mainly from the plant’s demonstration testing of gas turbine combined cycle power plants at dedicated facilities completed in 1997, and its monitoring of power generation systems at a remote monitoring centre completed in 1999.

By combining these capabilities with Energy Cloud Factory, the aim is to complete a state-of-the-art factory capable of achieving low costs and energy savings, in all aspects of designing, manufacturing and operating power generation facilities.

MHPS’ Takasago Works is an integral component of the MHI Group that performs the construction of large made-to-order products.